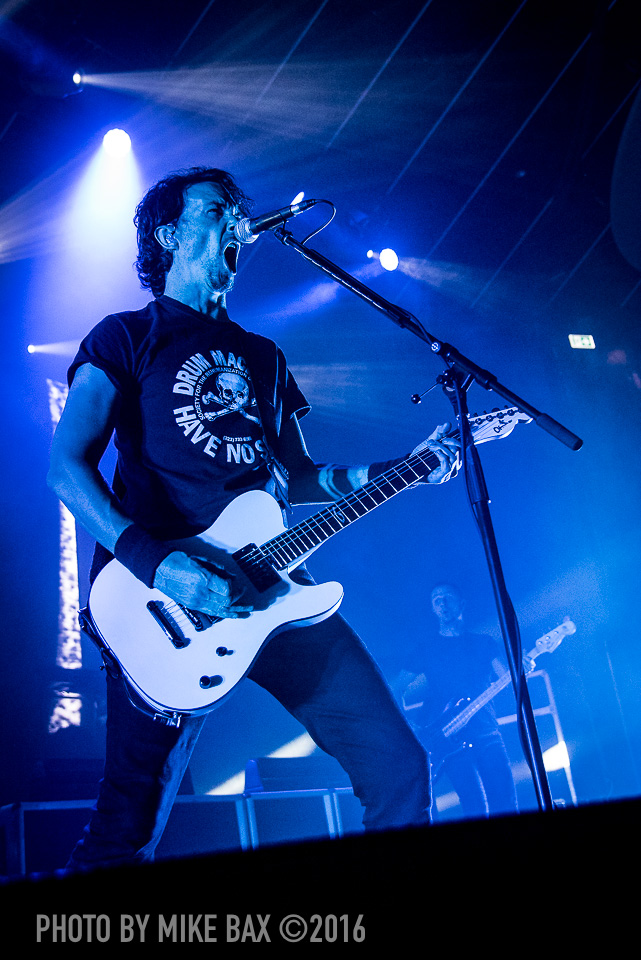 Earlier this year, Gojira unleashed their heaviest, and best album to date – a beast of a disc entitled Magma. This evening’s performance at Rebel (formerly Sound Academy) was Gojira’s first stop in Toronto showcasing this new material live, the band playing 50% of the album this evening. There’s an adage amongst metal fans that bands who started off ultra heavy tend to lighten up their sound as they mature. Whether this is a reality or not, it’s utterly untrue in Gojira’s case – six albums in now and Gojira seem to get sharper and fiercer with each album they release.

For me, tonight was all about seeing ‘Stranded’ live – it is hands-down my favourite Gojira song. So, as they smashed the track out four songs into this evening’s performance, I’d already gotten my money’s worth very early on. Stacked up with the heavy selection from Magma, and a slathering of their finest songs from their wonderful back-catalog, this evening was indeed a crowd pleaser.

While on the topic of crowd-pleasing, TesseracT performed a 45-minute opening set of superb material to a sizeable crowd of early attendees. Their moody lighting was a bit of a downer, albeit quite effective from an atmospheric perspective. I type this as a disappointed photographer. I’m not sure I got a single useable shot of them at this point. Supporting their 2015 release of Polaris with a re-issued tour edition of that same album bundled with a new four-song EP entitled Errai, TesseracT had no problem winning over the audience tonight, their sound akin to bands like Karnivool and the mighty TOOL.

Thought I’ve seen Gojira numerous times before, tonight was the first time I’ve seen them headline. Joe Duplantier, Christian Andreu, and Jean-Michel Labadie stood side by side up front with Mario Duplantier on the drums atop a riser behind them with some stark lighting utilized in a column effect on either side of Mario. A widescreen Videotron above and behind Mario with some wonderful stark graphics and enough smoke to set the fire alarms off a few times during the band’s performance.

At the back of the venue – the band had merchandise that included small canvases and boards hand painted by members of the band hours earlier, and (I’m told) some shirts augmented with hand painted accoutrements that sold out long before I got to see them. There was also a meet and greet component to this evening that also sold out very quickly.

Mario delivered an old-school drum solo after the song ‘Wisdom Comes’ that managed to build itself up into loud, bassy hum that seemed to build up at the back of the venue into something that felt menacing – like it might shatter glass if given a bit longer to gestate. There was crowd surfing throughout Gojira’s performance and an acknowledgment from Joe Duplantier that their loved playing Toronto, especially on this, their most successful tour to date.