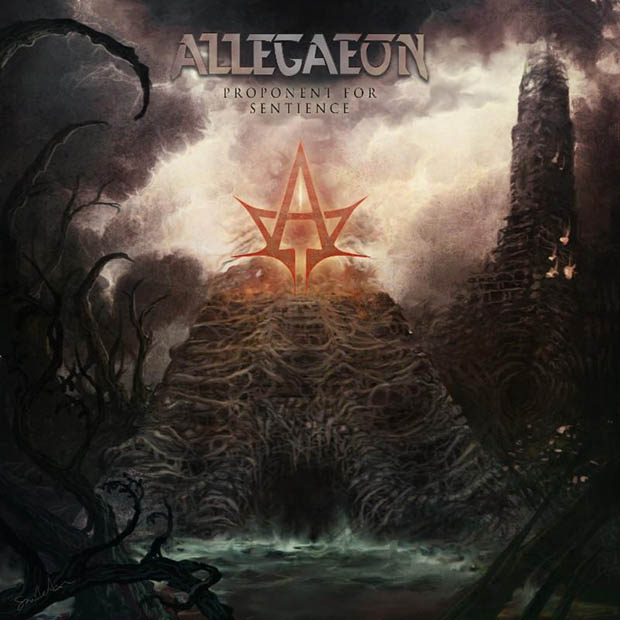 If anyone pays any attention to the reviews I write here, then you most likely know that I am not a fan of progressive metal or progressive rock. Basically anything with the word progressive in it raises red flags and prepares me for cringe mode.

More often than not it just seems that progressive music, no matter what the genre, ends up being more of an exercise in how fast a music school grad can tickle the fret board of his guitar. (Granted the playing is usually fantastic, but there is almost always too much of it.) I am from the school of thought where fantastic playing can be showcased and celebrated tastefully. Sometimes I think it might be harder to throttle things back and let the song speak for itself than to just ejaculate streams of white hot riffs all over the Pro Tools rig.

With all of that being said, I think Allegeon have crafted a fantastic progressive death metal album that I cannot get enough off. They seem to have found the perfect balance between shredding and banging and the result is a death metal record that rivals just about anything else I have heard this year. Sure, these guys are terrific players who can shred with the best of them, but like I said earlier, sometimes using a bit of restraint goes a long way. With the exception of a rather long, at times monotonous, classical interlude midway through the disc, these 12 songs are razor-sharp and guaranteed to get you banging and the pit swirling.

I was slightly surprised to find a cover of Rush’s “Subdivisions” tacked onto the end of the disc, but after hearing it, I can honestly say they really do the song justice; it is a heavier, dirtier version for sure, but I think it is terrific way of paying tribute to such an iconic band while maintaining there own signature sound.

Check out the album Proponent for Sentience