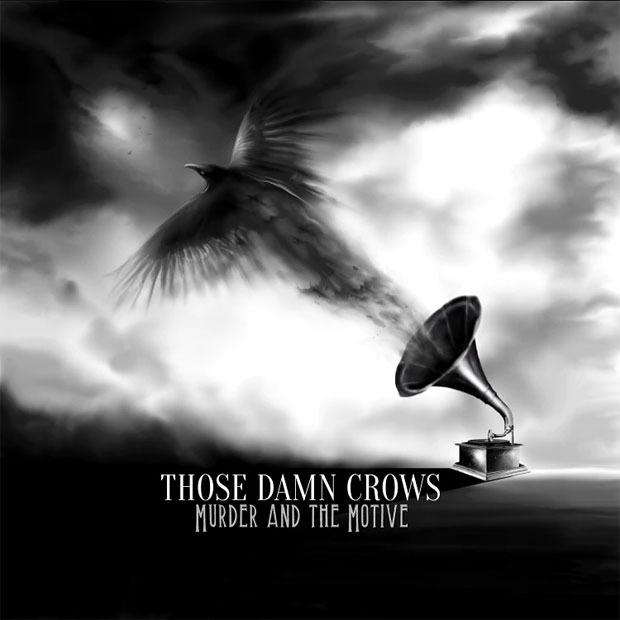 Those Damn Crows – “Murder and the Motive” [Album Review]

The song “Fear of the Broken” – along with a memorable accompanying video – has already been released and it’s a great first single that also showcases Greenhall’s enviable talent as a singer. First impression of the opening number “Don’t Give a Damn”? I quite liked it – it has some dynamic and attention grabbing guitar work – although I think the chorus was perhaps the weakest link. I didn’t mind the tunes that immediately followed it either, but none really convinced me that these guys will be the next big thing. “The Fighter”, on the other hand, is excellent and a clear contender for the album’s best track, along with “Fear of the Broken”. I enjoyed the background vocals on “Killing Me” and the overall feel of “I’ll Be Coming Home”, even though it’s a tad too long. “Rock ‘n’ Roll Ain’t Dead” certainly has its moments too, particularly the acapella break.

I think I must be too set in my ways these days, as I seem to only like bands that veer heavily towards old school metal or classic rock (I’ve heard enough “shoegazing” to last a lifetime) and when I first listened to “Fear of the Broken,” I had high hopes for Those Damn Crows. However, despite some awe-inspiring riffs and solid vocals, a number of the tracks are a bit too “poppy” in certain parts for my liking and it was a struggle to remain fully engaged for the duration. That said, ‘Murder and the Motive’ is an assured and confident debut that will deservedly find an audience.

Murder And The Motive Track Listing:

Check out the track “Fear Of The Broken”