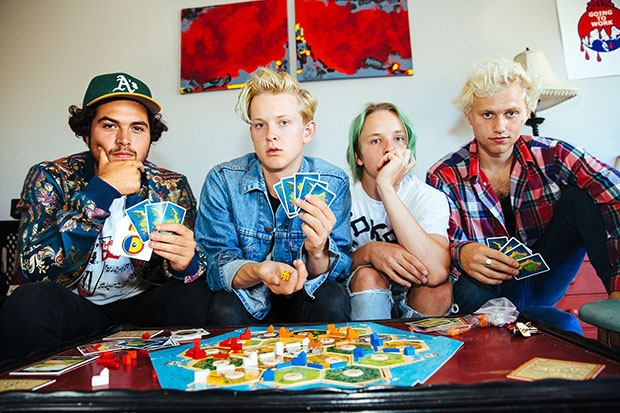 I arrived at Bodega at the end of the first band, Brawlers, which could easily be heard from the street below. It was a hot, dark start to the evening with mostly girls at the front of the crowd. The second support was Dead!, who had an living room-style stage setup with lamps and flowers dotted around on top of amps. Alex Mountford introduced the band, and their brand new single “Something More Original”, which they launched straight into.

Within the first song they had amassed a good crowd, huddled around the front, listeners drawn to their dynamism on such a small stage. Despite Louis Matlock breaking a string, then running off stage to fetch a different guitar, the rest of the band continued with vigour. Their tight harmonies and classic ’90s guitar sound paved the way for SWMRS nicely.

Bodega is a small, honest rock venue, even the walls are sticky. It is somewhere you can come without knowing the band, and be sure you will hear high quality, original music. The crowd grew before SWMRS’ set and the intimacy of the venue meant the crowd and band were on top of one another – so much so that frontman Cole Becker gave a round of high fives whilst setting up.

Once in front of the mic, Becker gave a calm monologue explaining the ethos of the band, and they are “about not judging each other.” Like a switch, the rest of the band exploded into a wall of noise and there was a crush at the front, which was impressive and unexpected given the size of the crowd.

SWMRS played a multitude of songs from their newest album, Drive North, including “Miss Yer Kiss”, “Drive North” and “Figuring It Out”, interspersed with crowd surfing by the band and fans. They echo Nirvana and Weezer, mixed with a beach vibe; Cole Becker wore a girls dress, the guitars and vocal are fuzz-heavy and the drums are quick and punchy.

I met a couple of girls from Wakefield who had been waiting outside for 5 hours to see SWMRS, and had already seen them earlier that week in Manchester, a sign of the band’s strong international following. 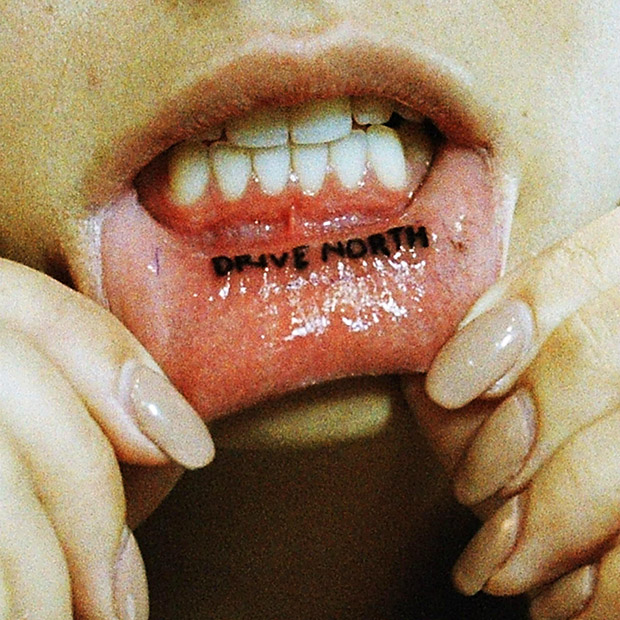