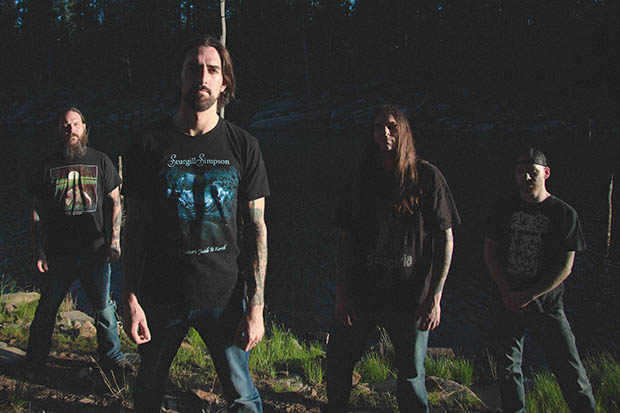 Spirit Adrift released their new, 5-song full-length, Chained To Oblivion, on August 12, 2016 via Prosthetic Records (purchase physical copies HERE, or digital versions via Bandcamp, iTunes and Amazon and ahead of the looming Halloween season, founder Nate Garrett curated a TOP 10 list of his favorite films. Said Garrett of the TOP 10: “Spirit Adrift came from a place of suffering. Chained To Oblivion was a necessary way of exorcising demons and ghosts from my past. Here are some of my favorite films involving tormented souls and maligned spirits.”

10. Candyman (1992)
– Clive Barker’s social commentary is always provocative and compelling. It’s as important now as it has ever been to examine injustice in society. Candyman, like some of the other spirits on this list, is a sympathetic character no matter how terrifying he is at first. Clive has an obsession with the amorphous nature of pleasure and pain, light and dark. I try to explore all of these areas with Spirit Adrift. How to be more kind and culturally aware, how to learn from the past, the juxtaposition of hopelessness and triumph, anger and joy, ugliness and beauty… all elements found in the film, and all crucial components of Spirit Adrift and Chained To Oblivion.

09. The Sentinel (1977)
– This is not your typical haunted house movie. There’s a lot more at stake. One of the reasons I love this film is because it doesn’t really fit into any mold. It defies categorization, and stands alone. Genre has never been important enough to set rules for myself when writing music. So I appreciate anything that boldly rejects classification. Another cool thing about this movie is the aesthetic, and how closely tied it is with elements of traditional doom metal. All the best oldschool doom bands use Christian imagery to evoke powerful energy, mysticism, ancient secrets, triumphing over evil spirits, and that sort of thing. That said, The Sentinel is doom metal as hell!

08. The Shining (1980)
– One of the early pieces of press on Spirit Adrift described it as the sound of someone “losing his mind.” Unfortunately I’m no stranger to psychosis, so Jack Torrance’s plight resonates even more significantly with me now than ever before. The frustration he feels at the typewriter hits pretty close to home. I spent countless hours reworking the songs on Chained To Oblivion, cooped up and alienated from those close to me. Fortunately, in the end I wrote some songs instead of attempting to axe murder my entire family.

07. The Blair Witch Project (1999)
– The best art is transportive. It creates a fully immersive world that its audience can visit, an alternate reality of sorts. The filmmakers and actors involved in Blair Witch put a lot of work into doing just that. The Texas Chain Saw Massacre is my favorite film of all time, because it’s as close to being real as you can get. The Blair Witch Project is a similar situation. A ragtag team of artists put themselves in genuinely miserable situations, sacrificing comfort and mental well-being for their art. If you stick your actors in the woods for days on end, disorient and torment them, the results will fall somewhere between reality and fiction. The folks that made this movie suffered almost as much as the little ghost babies from its most infamous scene. Real-life agony and turmoil, captured just right, will remain powerful and relevant for a long time.

06. The Amityville Horror (1979)
– When I toured with Gatecreeper for the first time, we were able to visit the Amityville Horror House. I’m not 100% sure what I believe as far as ghosts, lingering energies, or vibes are concerned. But I will say the atmosphere changed when we approached that house. I guess maybe I believe that energy can resonate wherever something significant happened, good or bad. I think music, film, and art in general can be used to harness and transfer energy as well. That’s something at the forefront of my mind, creatively speaking. Also, I’m striving for James Brolin’s look in this flick. Hairy and crazy. His manic wood chopping obviously inspired similar behavior found in The Witch, one of my favorite films of recent time. 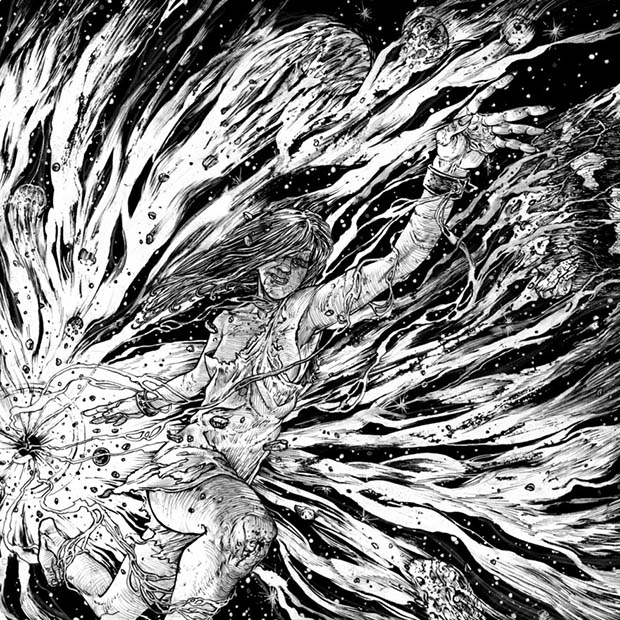 05. American Werewolf In London (1981)
– Yeah, it’s a werewolf movie. But the best scenes, by far, are the ones featuring the recently departed Jack. The scene in the adult movie theater is one of the best moments in horror history. Depending on your interpretation of the film, this scene either deals with outside forces trying to kill our protagonist, or the darkest depths of his psyche running amok. Both interpretations are key components of Spirit Adrift’s material.

04. Dead End (2003)
– I felt compelled to include this, partly because I feel like it’s criminally overlooked. Dead End stars Ray Wise of Twin Peaks fame and Lin Shaye. Lin is the sister of Bob Shaye from New Line Cinema (the dude who’s scared of the phone in Wes Craven’s New Nightmare). Lin has since become well known via the Insidious films, but Dead End is her finest hour. One of the major themes of Chained To Oblivion is the fear of being trapped in a never ending, hopeless pattern of living. This movie quite literally deals with that sort of terror.

03. Exorcist III: Legion (1990)
– We’re in the realm of possession now, but I think this counts, and it’s too much of a masterpiece not to include. Legion follows a supernatural entity that wreaks havoc on the lives of everyone it encounters. Brad Dourif is quite possibly my favorite living actor. I’m always fired up creatively when I watch him perform. He takes every single role seriously, and delivers something special every time. He puts his soul into every performance. I strive to be the kind of artist who invests as much into his craft, who inspires people the way Dourif inspires me.

02. The Fog (1980)
– John Carpenter is my favorite filmmaker, and this is his ghost story. The spirits in this film seem malevolent at first, but as more is revealed it becomes easy to sympathize with them. They are misunderstood, mistreated, hurting, and trying to right a wrong. I relate to this. Leading up to the creation of Spirit Adrift, my behavior had become totally irrational. Sometimes the pain we’re feeling comes out in extreme ways. Writing these songs gave me a way to channel that pain into something productive.

01. Don’t Look Now (1973)
– More than any other film on this list, Don’t Look Now had a strong subconscious influence on the writing of Chained To Oblivion. The themes in the film mirror the themes of the album, and this was not a conscious decision. In fact, I got a little spooked reading my lyrics back when the process was finished. This movie is beautiful, dream-like, and open to interpretation. These are all things I strive to achieve with Spirit Adrift’s music. Furthermore, the film has a strong psychic power, which is doubly cool because the overt subject matter deals with psychic energy and abilities. One thing I can relate to in a big way is being in tune to the best course of action, the truth if you will, but ignoring it because of masculine pride and arrogance. Films this meaningful can help people work out issues in their own lives. My goal with Spirit Adrift is to do just that.

Check out the song “Psychic Tide”