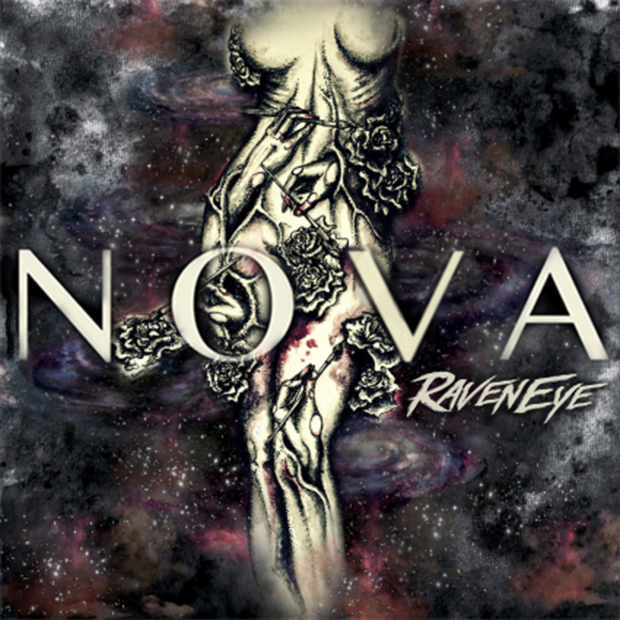 The first thing you notice about NOVA, the new album from British rockers Raveneye, is the big dirty guitar sound. It’s clear from the opening moments of “I Wanna Feel You”, that Nova isn’t going to be an over-polished, made-for-radio rock listen. No way! This is dirt-under-the-fingernails, raw, emotional rock music full of grooves and heart. Quite honestly, just how rock music SHOULD be played.

Formed in 2015, the band have already racked up gigs with Slash, The Darkness and Halestorm as well as most of the big rock festivals so it comes as no surprise then that the sounds on their debut album are on the mark. Slightly grungy, a la bands like Pearl Jam, the likes of “Supernova” are packed with raw, slow-burning grooves while tracks like “Come With Me” and “I Wanna Feel You” see the three-piece take a dirtier approach to their sound while “Walls” sees them crank up the volume to eleven with a big, anthemic rocker.

It’s this ability to switch between the grungier style of tracks like opener “I Wanna Feel You” to the harder rockers like “Walls” and the shuddering “Oh My Love” that really makes this album stand apart from the rest of the pack but, having toured with the likes of Slash, let’s face it, if you’re not on your A-Game then you’re going to get found out very quickly.

The “traditional” UK rock scene is a funny old place, the old guard like Thunder and their ilk still manage to pull in the crowds while, on the evidence of the rising stars like Raveneye with albums like NOVA, there is not only plenty of life in the old dog, but there is plenty to be excited about as well.

Check out the video for “Inside”