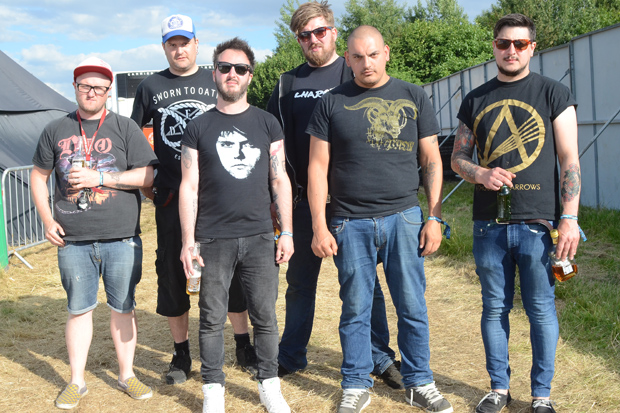 It’s the hottest day of the year as Corby bruisers Raging Speedhorn roll into town for the Leeds stop on their UK jaunt in support of new album The Lost Ritual, which means the Key Club, just outside the centre of Leeds, even with the doors open and fans blowing ahead of show time, is still hotter than hell.

By the time the band hit the stage the temperature outside has cooled down to a balmy 30 degrees, inside Speedhorn’s tour manager brings an ice bucket out on stage to help the band and, despite strict instructions for nobody to put their feet in it, frontman Frank wanders out from backstage and does precisely that. 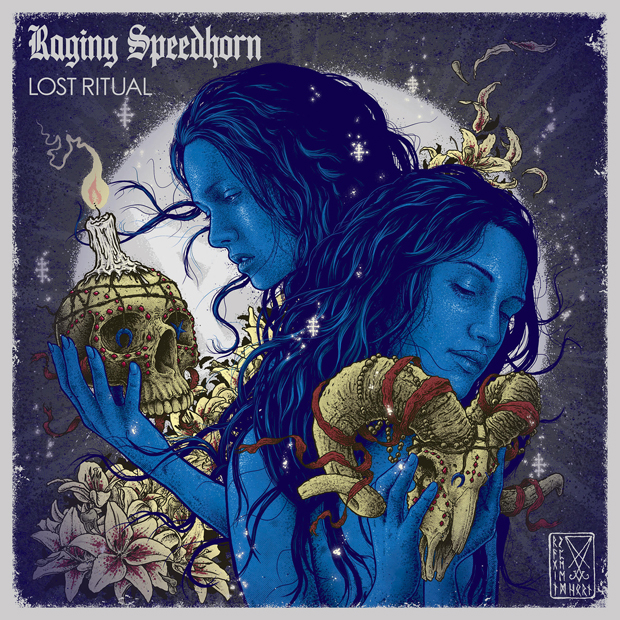 By the time Speedhorn hit the stage there is a healthy number of black clad t-shirt punters gathered in the venue and, despite most of them (band included) probably wishing they were somewhere a lot cooler, the band deliver a performance that does nothing to help the temperature level. John Loughlin, one half of the Loughlin/Regan vocal pairing, is drenched with sweat as the band kick into their set but, even with the temperature pushing the low 30s, there is no let up from him or the group as they smash through a set that pulls from their entire back catalogue.

The crowd lap up the likes of “Bring Out Your Dead”, “Knives And Faces”, “Dogshit Blues” and “Thumper” with Speedhorn in suffocatingly heavy form tonight. Occasional glimpses of old drunken Speedhorn pepper the set but, for the most part, Speedhorn returned from their self-imposed haitus as a leaner, slicker, more brutal band and, as everyone (again, band included), files out at the end of the night for some much needed fresh air, it’s hard to deny that it is good to have them back!

Check out the song “Bring Out Your Dead”

August Burns Red Bassist Dustin Davidson on System of a Down Covers, Gardening, and the Return of Touring