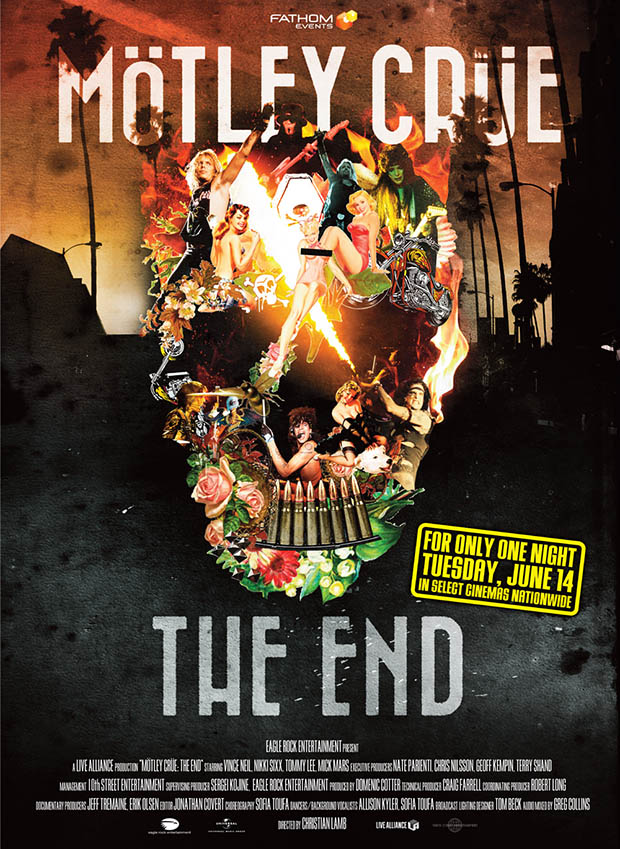 I have been on-board the Motley Crue train from the very beginning, in 1981, and I remember vividly the day I picked up Too Fast For Love. It was one of those moments where everything changed. This was something unlike anything I had heard before and I immediately became a fan. Fast forward 35 years later and I found myself sitting in a theatre watching a film that I feel captures the essence of the band, perhaps more than any other rockumentary I have seen.

The film does a terrific job of harnessing the energy of the band live, on stage, and performing a wide selection of classic hits from a good portion of their catalog. For those that have never experienced a Motley Crue concert, this is a perfect way to do so now; lots of action, pyros, and moving parts really make for fun viewing.

The film’s greatest strength, though, lies in the way it captures the raw emotions of the band and the fans as they rip through their final four shows in their hometown of Los Angeles. Candid interviews with the road crew, the fans and, the band themselves really tug on the heart strings.

I don’t really know these guys personally, and they are not related to me, but I can tell you that when the group finished their last rendition of “Home Sweet Home”, and the tears were welling up, I too felt it. These four men have been the soundtrack to most of my adult life and, even though they will carry on with their respective solo careers, the Crue itself will be sorely missed.

Check out the “The End” trailer