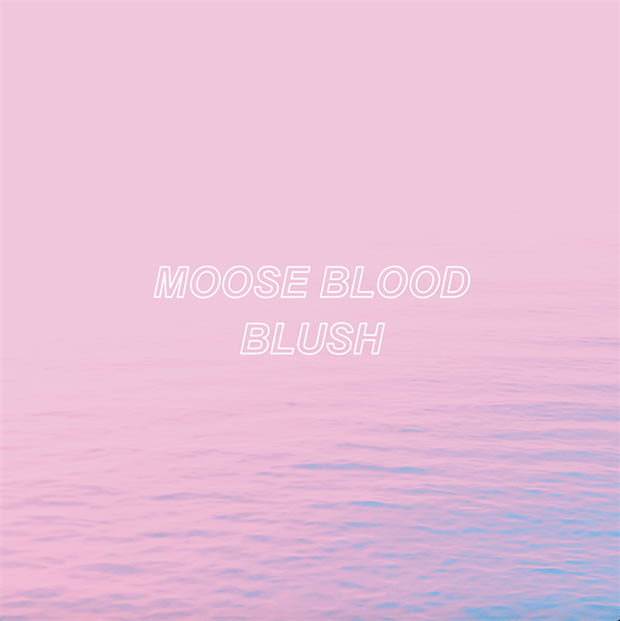 Blush has some big shoes to fill as the follow-up to Moose Blood’s debut album I’ll Keep You In Mind From Time To Time but, judging by recent sold-out tours and huge crowd setting up early to catch the band at this year’s Slam Dunk, Blush is going to be a massive hit with the UK act’s ever-growing fanbase.

Built around a sound that blends poppy hooks, soothing, gentle guitars and a good splash of happiness,
Blush may be an album that is very easy on the ear but is far from being bland. There is just something about the way that Moose Blood set about their business on Blush that is both energetic enough to have you singing along before the first chorus kicks in but, at the same time, is soothing and relaxing.

Songs like “Sulk” and “Cheek” are summery, pleasant-sounding nuggets of emo rock written by a band who barely get out of second gear as they wander through the material that makes up Blush. Sounding like they’ve not got a care in the world, there are more energetic moments on the album on tracks like “Cheek” and “Honey”, the latter of which has a nice bounce to it.

Blush sees Moose Blood getting that blend of emo melody and bouncy guitars just about right with the end result being more than pleasing on the ear. As far as “emo” albums go, Blush is an inoffensive one but, at the same time, there is enough heart and emotion contained within the tunes on this album to ever call it bland.

Check out the track “Honey”