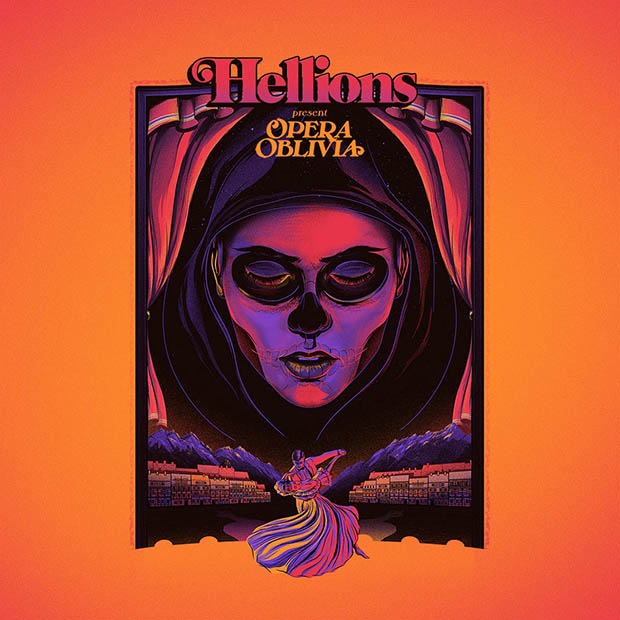 On the whole, melodic hardcore bands aren’t really ones for pushing the boundaries but, credit where credit is due, Australian chaps Hellions give it a good go on their third album Opera Oblivia. Yes, the core of the album maybe catchy, simple melodic hardcore, the kind that has been done a million times before, but, thankfully, the Aussie outfit have thrown caution to the wind by adding a twist to proceedings while not straying too far from the fundamentals of the melodic hardcore blueprint.

And that blueprint sees the band tossing out track after track of melodius, catchy, pop-punk-infused songs that, quite frankly, fans of the genre will lap up. You know the kind of stuff – fast riffs, catchy choruses, gang-vocals, big melodies, all staple components of a good melodic hardcore album but, at the same time, all components that are nothing new. Thankfully, as already stated, Hellions have realised this and, having built a steady fanbase, are starting to spread their wings with Opera Oblivia and the end result, far from sounding disjointed or, at worst, a mess, injects, dare I say it, a breath of fresh air to the genre.

Tracks like “24” and “Nightline Rhapsody” are punky at heart but have a grandness about them that gives off a massive, almost theatrical aura. Those are just two examples though because there are plenty more moments littered throughout this album where Hellions deliver an almost epic sound.

Obviously though, fans of the band will want their fix of melodic hardcore from the Aussie group and Hellions don’t disappoint on that score either with plenty of pacy riffing and shouty choruses on songs like “Thresher” to satisfy those needs. In the hardcore genre, be it melodic or not, stepping outside the boundaries is always a risky move but, on Opera Oblivia, Hellions have done that and pulled it off. It’ll be interesting to see where they go from here.

Check out the track “Quality of Life”