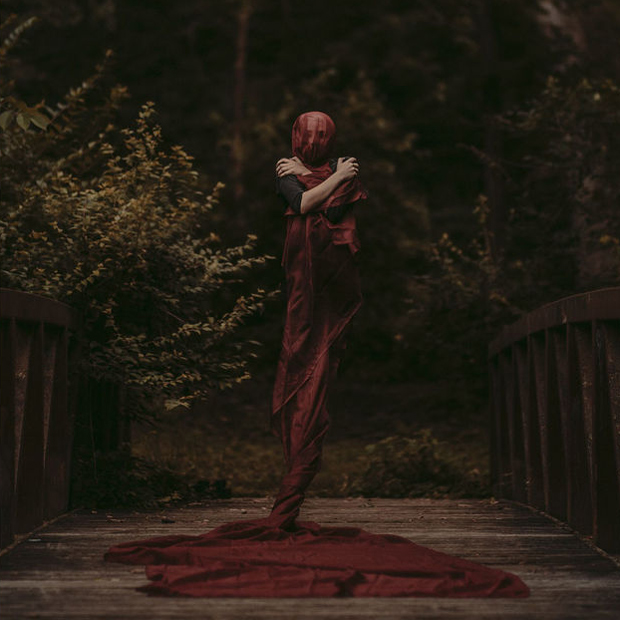 I typically do whatever is in my power to avoid bad omens, but in this particular instance, I listen to it repeatedly because it’s some of the catchiest alt. rock/metal I’ve heard in a while. Of course, the superstitious part of me thinks “if something bad happens in the near future, I’m definitely blaming this album as a source of self-fulfilling prophesy” because it’s kinda dark especially when you pay attention to the lyrics. I’m not dead on the inside, but if I were, “Exit Wounds” would be the soundtrack to my demise.

While this album is predominately modern rock with a metal edge, there’s a darker tinge to it that teeters on industrial, namely from percussive sound effects. That being said there’s a heaviness that the listener can sense throughout that I haven’t heard in a while. I can only explain it as a primordial, emotionally driven wrath that seems at odds with mortality, inadvertently acknowledging a spiritual conflict that seems to be causing a substantial amount of distress, like having to go to the DMV before a meeting upon which your job/livelihood depends – you’re not gonna make it.

Despite the emotional agony depicted in many of the songs, this album is super, super catchy. I’m very happy person, but I can’t help singing along, “If this dream should last forever, I pray to … dieeee.” While the riffs induce salivating, the vocals on this album are top shelf. The singing teeters on yelling ala Oli Sykes on Sempiternal but when the instrumentals’ dynamics dip, the vocal tone cleans up according, leaving you with beautiful, airy vocal runs. Oh … and screams, obviously. Side note – there are tasteful elements of strings that give some of the songs a cinematic-like epicness. It was definitely a super smart move on behalf of Sumerian to scoop these dudes up so lets see what the future holds for these guys.

Check out the video for “The Worst In Me”