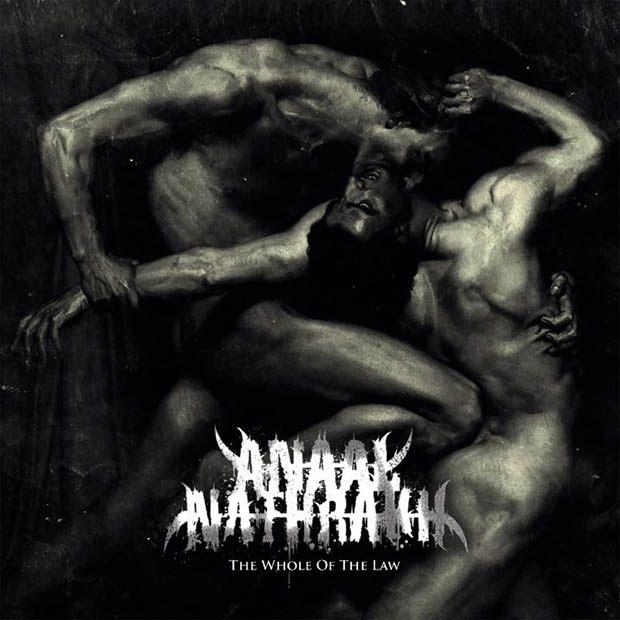 Anaal Nathrakh – “The Whole Of The Law” [Album Review]

It’s been nearly two years since Anaal Nathrakh dropped their Desideratum album and it’s a piece of work that I described on this very site as “track after track of harrowing, hateful fury.” Well, The Whole Of The Law is about to be unleashed and, as I sat in preparation for subjecting my head to more sonic abuse, I’m wondering if it wouldn’t be easier and safer to churn out the same review as I wrote two years ago?

Now, bearing in mind I even considered that, this would indicate that I wasn’t expecting The Whole Of The Law to be a piece of work that was radically different to it’s predecessor and, as I sit here writing this at the end of my second spin off this record, it’s safe to say that, really, it isn’t. The Whole Of The Law is exactly what you would expect from an Anaal Nathrakh album which is short sharp blasts of industrial/black metal drenched extremity.

Blasts of fury like “And You Will Beg For Our Secret” and “The Nameless Dread” are just soul-crushing, bleak-sounding, outbursts of almost white noise brutality. Battered out at nothing short of breakneck speed, I had to admit defeat and take a time out halfway through. Does that make me a pussy? Of course it does but, you know what, I’m more than happy that I took that break as even after about 15 minutes I could feel a mountainous headache coming on.

What stops this lesson in hate becoming nothing more than a wall of unbridled noise is the occasional moments where the band dip their toes into areas that are a little groovier and, while it is a welcome release, these moments are fleeting respites in what is, for the most part, a psychotic display of mechanical rage. Two years ago I asked if Anaal Nathrakh had enough about them to become more than just a cult underground name. Well, I’m sat here two years later and, in all honesty, listening to The Whole Of The Law, all they’ve done is move even further away from that mainstream “extreme” audience.

The Whole Of The Law Track Listing:

Check out the track “Depravity Favours The Bold”