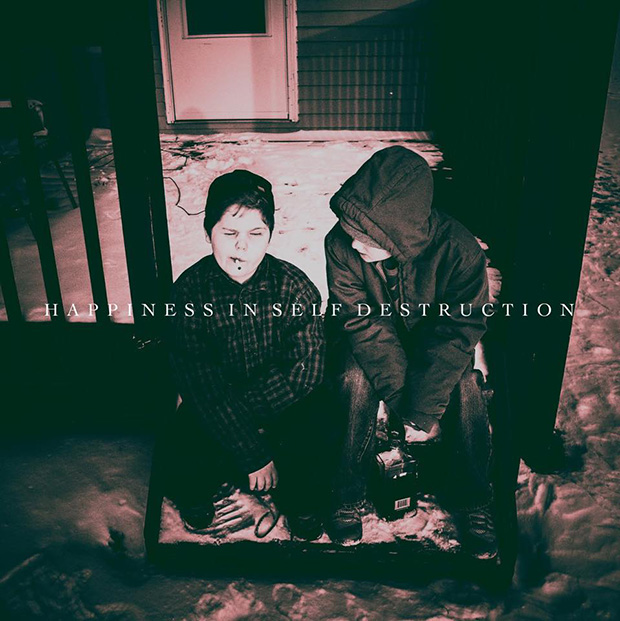 The Plot In You – “Happiness in Self Destruction” [Album Review]

The first track, “Hole in the Wall”, grooves out much like I expected. The riffs, while dissonant, are quite headbob worthy and sprinkled with lead textures. It wasn’t until the second track’s chorus when the real chills started to sink in. “Dear Old Friend”, which sees a lot of varying dynamics, is then followed by a track with comparable hills and valleys in the song writing, alternating between verses and choruses, and while the general tonality isn’t particular dissonant, there’s a sadness that’s hard to explain. It might come from the sparse nature of the verses, the lingering clean guitar parts or its pairing with Landon Tewers’ discernable wailing, a vocal tone that is unmistakable. Whatever it might be, it pulls on the heart strings like the Hunchback of Notre Dame – the Disney version.

There’s something also to be said about the unhinged nature of some of Landon’s vocals. Some of the most intense vocals I’ve heard from this past year can be found on “Pillhead.” The jittery half-spoken, growing in velocity to yells and finally screams make you check over your shoulder because they instill some sense of insecurity or maybe danger. It really gets in your head. It helps, track listing wise, that after “Pillhead” comes “Better Vibes” because you’ll need them.

So, in short, be forewarned that you might have to be in the right frame of mind in order to enjoy this album. While well written, it’s emotionally intense. I will definitely be revisiting this album often, but I will have to counter-balance the feels with some Fall Out Boy for sure.

Check out the track “Time Changes Everything”