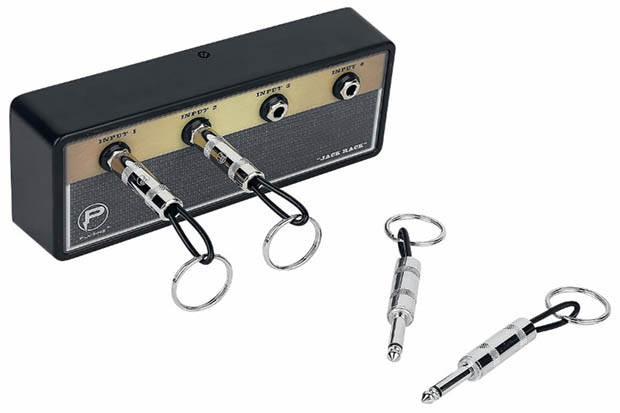 The beautiful people at Pluginz Keychains were kind enough to hook me up with one of their “Jack Racks”. A “Jack Rack” is a wall-mounted key chain holder in the shape of a guitar amp head. It comes with 4 key chains that are LITERALLY guitar cable plugs with rings that you put your keys on that you then plug into the amp-shaped key chain holder. It’s brilliant!

The one that I received is in the shape of a vintage guitar head, but there are several available, and you can probably find one to match your fav. amp – word on the street is that if you pray in front of it, your shredding is likely to become at least 10x better (Disclaimer – I completely made that up. Your skill level will more than likely stay the same, but science has shown that the placebo effect is statically significant in its impact on case studies, so honestly, it’s worth a shot. I don’t think you’ve got anything to lose besides you know… breaking the first two Commandments, in which case you’re eternally screwed, so it’s your call). 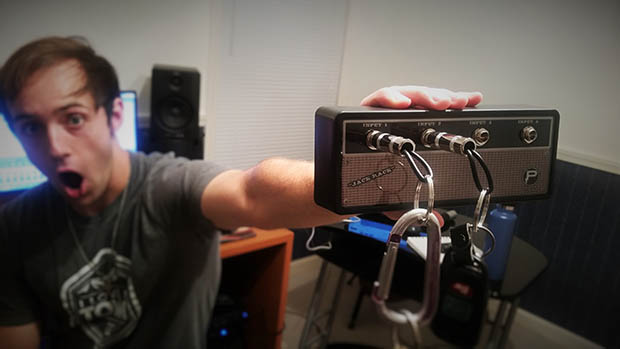 The “Jack Rack” comes packaged in slick a box and includes the jack rack, 4 key chains, a wall mounting plate as well as the screws and anchors that you’ll need for installation. You open up the box, which smells really good – at least mine did (mmmmm, new box smell…), and inside you’ll find the “Jack Rack”, but additional key chains and parts are craftily stored INSIDE the “Jack Rack”, where you’ll also find the install instructions. I, personally, really appreciate neat, well thought through packaging that doesn’t explode everywhere the moment you open the box. Game point – Pluginz.

I love the idea behind this; anything that can integrate my obsession of music into an otherwise lifeless routine is KEY (pun intended)! Also, it’s gnarly to know that bands like Beartooth, Warrant, Atreyu, Matty Mullins, etc. are using these in their practice spots, studios, cribs because obviously, NOW… I’m just like them! \m/ 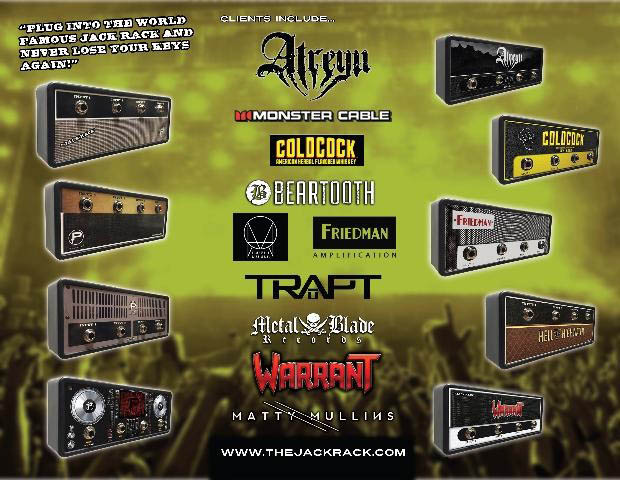