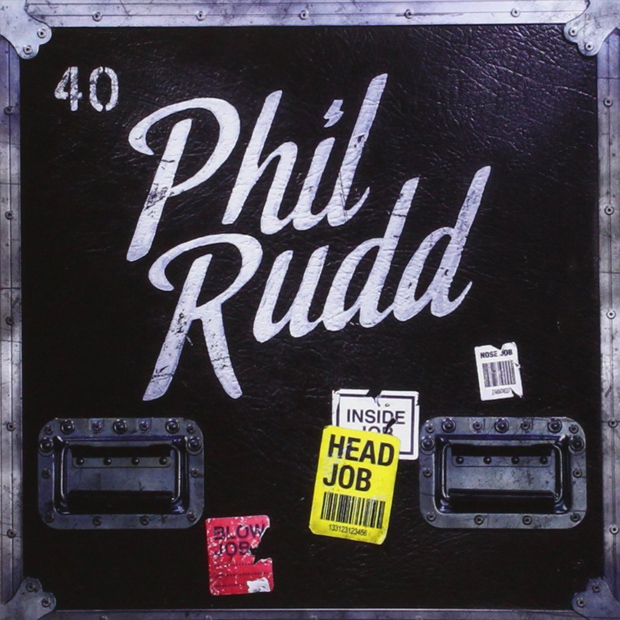 Originally intended for release in 2014, a series of well-publicised events resulting in eight months of home detention (I won’t go into all that – I prefer to focus on the music) meant that Head Job, the ex-AC/DC drummer’s first solo album, is only now seeing the light of day.

Having provided the beat on all but three of the legendary band’s 18 studio albums, the (apparently) reformed hell-raiser’s ability in that area has never been called into question, but I was curious to hear what his singing voice was like. Getting things underway is the solid title track and the gruff, lived-in vocals are pretty much how you would imagine a 62-year-old smoker to sound. The song has an infectious guitar riff too, courtesy of Kiwi axe man Geoffrey Martin (bass player Allan Badger, also from New Zealand, completes the lineup).

“Sun Goes Down” I quite enjoyed, “Lonely Child” not so much as I found it too “grungy”. In fact things didn’t really get good again for me until the explosive “Bad Move”, though “Lost in America” features a strong vocal performance, especially on the chorus. To be honest, given Rudd’s history, I was expecting more of a ‘down ‘n’ dirty’ record laden with hard-hitting riffs, but “No Right” sounds like Duran Duran. “Forty Days” fits the above description, however, and is definitely a standout moment – as is the outstanding “Repo Man”, the first single to be released.

There are certainly some quality tunes on here (the last song “When I Get My Hands on You” is another winner), but I think in order to appeal to the kind of people who would consider buying this album (people like me), every single track would have to sound more like the Aussie rocker’s former employers.

Check out the track “Repo Man”