Legendary Cleveland quintet Ringworm released their 8th full-length album, Snake Church, on July 29, 2016 via Relapse Records (buy it here) and initial reviews point to it being their heaviest material to date. The 12-tracks and 30+ minutes of vicious aggression aside, we threw the Pentagram at lead singer “Human Furnace” expecting to just get ashes in return. Much to our surprise, the Pentagram returned only with some slight charring. Check out this… er… interview?

It is written that your name was derived from a Vincent Price movie so I’m going to assume that you guys are fans of horror flicks. If you had to rename the band after a Christopher Lee movie, what would it be and why?
Human Furnace: That’s a very good question, as there are many great titles that would make very good band names. But I’ll have to go with ‘The Hands of Orlac’ or maybe ‘Return to Witch Mountain’ so we can be more cvvvvvlt, or GREMLINS 2: THE NEW BATCH because everyone likes Gremlins.

So the Cavs finally broke the championship drought for Cleveland. Do you think that the Browns, arguably the sorriest franchise in all of sports, will ever get a sniff of the Super Bowl? Please explain your answer.
Human Furnace: I have no idea. It wouldn’t really affect me personally in any way if they won or not. I guess it would be nice to see cars getting flipped over, looting and dumpster fires, because that’s what would happen. Who knows? Maybe we’d burn this place to the fucking ground!

Let’s pretend that Ringworm gets to pick 5 inductees into the Rock and Roll Hall of Fame that are actually worth their weight on paper. Who would they be and why?
Human Furnace: Thin Lizzy, Motorhead, BOC, DEVO, Grand Funk Railroad, Killing Joke. And that’s just for starters. There’s 100s of bands that should be in there, but most won’t get in. Honestly, it should be called the “Popular Music Hall of Fame”. 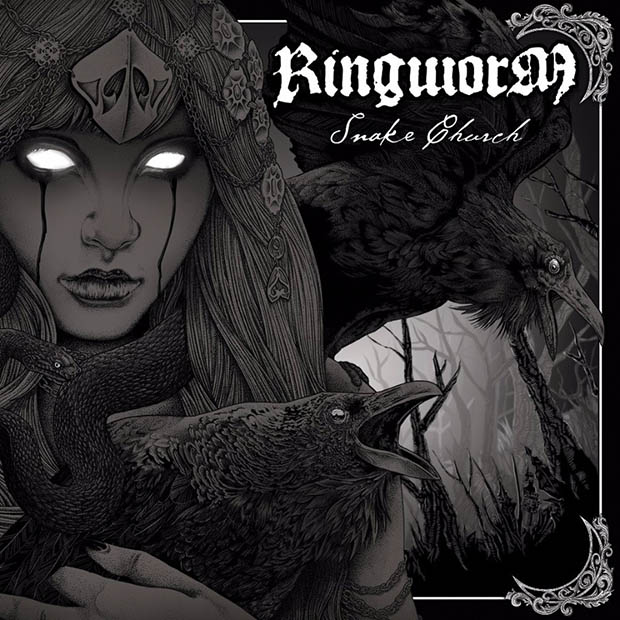 I noticed that James “Human Furnace” Bulloch is the only member that has a nickname that’s out there for everyone to see. What are the other nicknames for everyone else in the band? If they don’t have one, make it up right now.
Human Furnace: Matt aka “Mr. Conciderate” aka “Snorg” Sorg – Mark aka “Tokahantas” aka “Queen LaChiefah” Witherspoon – Ed “The Walking Ed” Stephens – Ryan “The Kid” Steigerwald.

Cleveland has some unique flavors of its own. Polish Boy or Pierogi or something else? Oh, and why?
Human Furnace: Fuck I dunno, both. Why? Is there going to be food served at the end of the interview?

BONUS 666 Question! It should come as no surprise that when you Google “Ringworm”, the actual medical condition is side by side with band in the search results. What is the nastiest health condition that any member of Ringworm has returned from a tour with?
Human Furnace: A former member got bit by a brown recluse spider. Ate a hole nearly the size of a golf ball in his leg. Google it, it’s interesting.

Check out the song “Snake Church”