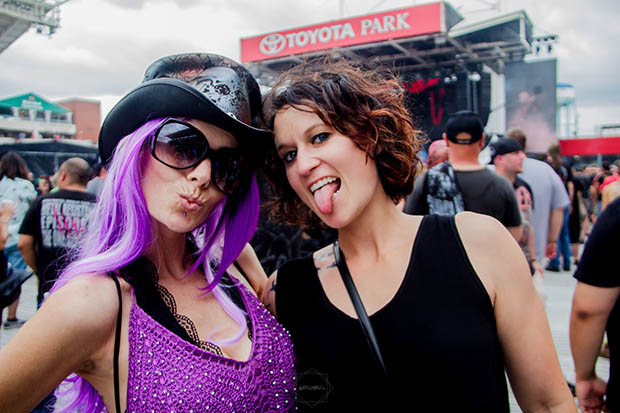 2016’s Chicago Open Air was an absolutely stunning event featuring the best in Music, Craft Beer and Gourmet Man Food. The festival not only featured Rammstein’s only U.S. performance of 2016, but also sets from over 40 other bands including Disturbed, Slipknot, Chevelle, Korn, Five Finger Death Punch, Ministry, Breaking Benjamin, Marilyn Manson, Of Mice & Men, and many more!

From July 15 through 17 we had some amazing staff covering the festivities at Toyota Park in Bridgeview, IL and with these 3 (two more to come) photo galleries, we’re helping you to feel like you were there, interacting with the thousands of other concertgoers. 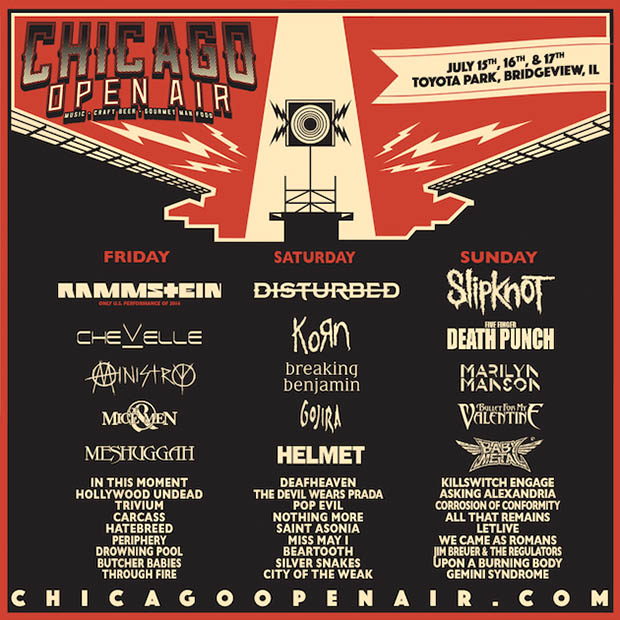