There were tons of metalheads…decked out in their favorite black band T-shirts, along with tons of denim, leather and spikes. There were beer cans that littered the ground and the stench of B.O. ever so prevalent added to the experience every passing minute…and this was just the bus ride to the festival! Once we reached the fortress town of Josefov, the bus had come to a crawl. The driver told us to abandon ship and we did.

As we followed the mass of black shirts towards the gate, the clouds thickened and the sky turned dark. We finally reached the end of the line for check-in stalls that seemed a mile away from where we were and that’s when the brutal assault of rain began. Luckily, we’re vets at the European summer metal festival experience, so we already had our combat boots on. We donned our ponchos and tried to make small talk with the two unfortunate Canadians behind us that forgot their rain gear. After a five hour long wait (You read that right…), we breached the fortress!

As the rain finally let up, we sloshed through the muddy and soaked masses past where Mastodon was cranking up the heat and thus in doing so, drying out the crowd. But there was no stopping there; we were hell-bent on catching Shining, the controversial Swedish Black Metal band. Even though there are plenty of depressive undertones to their music, I didn’t notice anyone morose in the jam-packed tent where they played. In fact, you can say it was quite the opposite. Niklas Kvarforth, brandishing a riding crop in hand for most of the set, was quite charismatic in his word play with the audience. He donned a pair of examination gloves for the whole set and one point took one off and chucked it at my photographer. Great success!

Next up was Abbath, even though we didn’t catch the whole set, what we did see is that they live up to the hype. They played some Immortal songs to the crowd’s liking and another bonus was that Abbath Doom Occulta wasn’t sloshed – it seems to happen time to time when they play live. The final band we checked out, and one of the more eyeopening Brutal Assault additions to the lineup, was dark and goth-like, Chelsea Wolfe.

In this writer’s opinion, this was the best set of the night. When she hit the stage, the temperature had dropped quite a bit. The rain dampened crowd didn’t seem to notice though. It only added to the experience. The majority of her set was based from 2015’s Abyss. The bass undertones resonated throughout the fortress and locked in the remaining crowd. About halfway through her ominous set, we realized we shouldn’t miss our bus back to the hotel since we were out of loose change for a cab. With day one wrapped up, we hope for dryer weather from here on out. 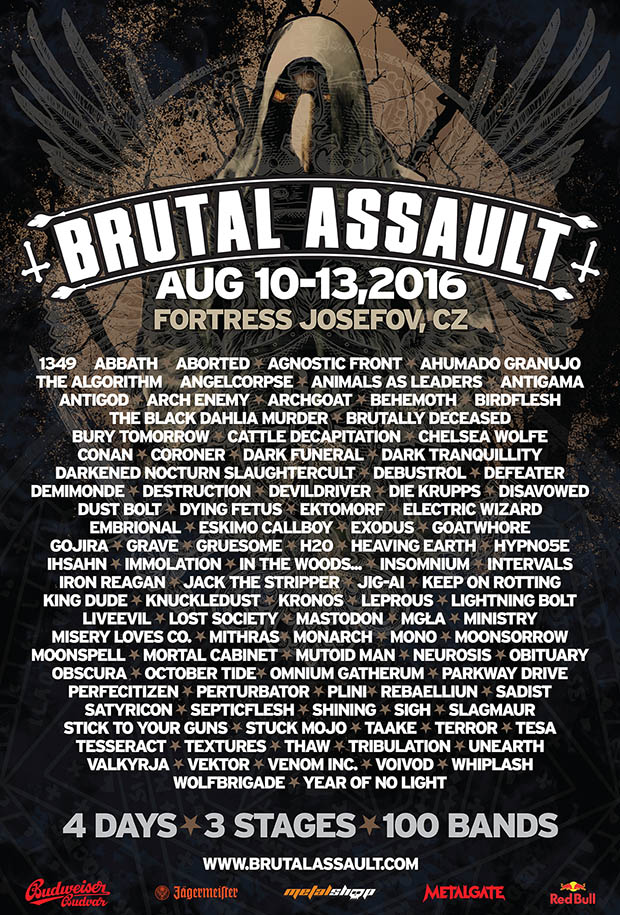 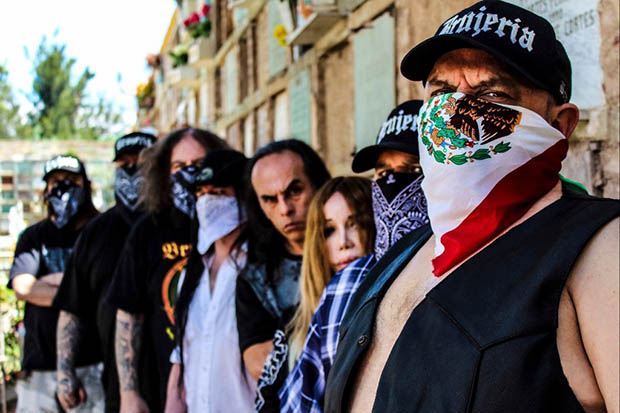