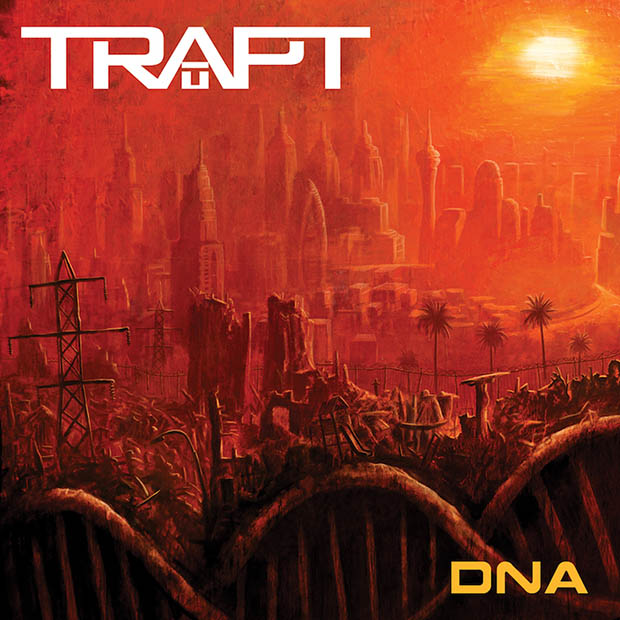 I went through a whirlwind of emotions while listening to Trapt’s new album DNA. My first memory of Trapt’s music dates back to when I was in middle school, and I remember hearing it on the radio as my sister would drive us around, one of my first tastes of post-grunge/nu-metal. So, there’s obvious nostalgia involved, but I quickly got into metalcore, and while listening to this album I started Googling all of the radio rock hits since then, and I realized how far removed radio “rock” has become from “hard rock”. Imagine Dragons doesn’t really strike me as “rock”, but I guess everything is relative.

My favorite aspect of Trapt has always has been and always will be Chris Taylor Brown’s vocal timbre. There’s a bite to it that few clean vocalists have, like a margarita with extra “ita,” so it was nice to hear that stylistically the vocals are comparable to what I remember. Vocal hooks, particularly their rhythms, are the definitive strengths of this album. “Changing Hands” being my fav. track, it is a great example of some ear worm vocals that I find myself casually reciting while performing at my weekly grocery store, self-checkout gig.

It was also a pleasant surprise to hear some double pedal kick rhythms on “Human (Like The Rest Of Us)” that syncs up w/ some quicker guitar rhythms. If I could have MY way, I would have done a whole bunch more of that throughout the album, but I understand that Trapt’s sound lies more w/ Hard Rock… but one can always hope. Solid album, guys! I don’t really know what else to say. For me, it came kinda out of nowhere because I had no idea that this album was happening. I guess they forgot to call me. Understandable.

Check out the song “Human (Like The Rest Of Us)”