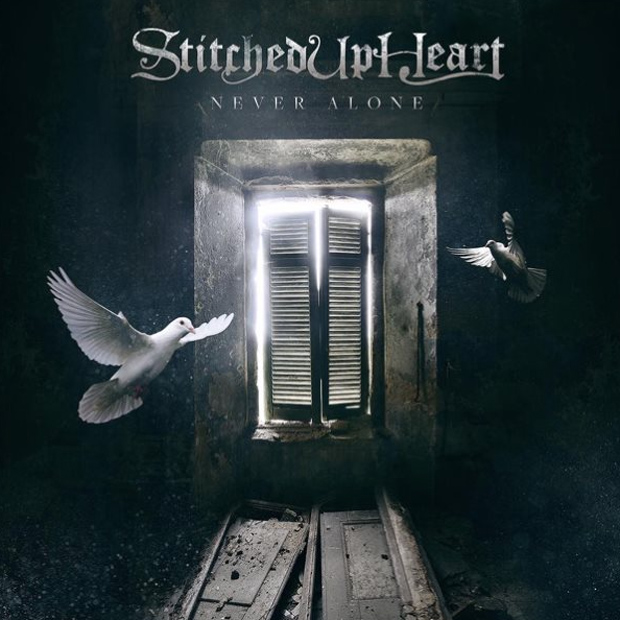 Sitting comfortably in the box already occupied by bands like In This Moment and Lacuna Coil, California rockers Stitched Up Heart demonstrate moments where they have both the pop accessibility of a band like Evanescence and the shuddering brute heaviness of a band like Arch Enemy. It’s an interesting place to sit but, when your sharing space with groups of the calibre of Lacuna Coil and In This Moment, you have to produce something special to stand out.

Don’t get me wrong, there are some solid moments on this album such as the thumping “Monster” and the raucous rocker “It’s So Easy”, both demonstrating the versatility of vocalist Alecia “Mixi” Demner and both tracks that demonstrate the assured performance the band have put in on their debut album for Another Century. The problem comes in that, while they are many solid tracks on Never Alone, and there is plenty of emotion and passion pouring out of both the music and Demner’s lyrics, there is too much of a familiar feeling to that majority of this release.

On the whole though, Never Alone is a solid album with plenty of big hitting tracks on it. The star of the show, however, is Demner who, whether it is on the haunting beauty of songs like “I can’t Breathe” or the pounding, anthemic melodies of “Catch Me When I Fall”, is certainly the focal point for this band. With Demner leading from the front, if they can continue to the build on the quality that is bubbling away on this debut, Stitched Up Heart will surely one day be rubbing shoulders with the big-hitters they share a sound with.

Check out the track “Finally Free”