Michael Starr, Satchel, Lexxi Foxx and Stix Zadinia brought their signature brand of Los Angeles glam metal to Waterloo last night for a sold-out performance of epic sing-along proportions. Waterloo was the first show to sell out on this Canadian tour, a fact Michael Starr both acknowledged and applauded 2/3rds of the way through their performance.

It was fitting that this was also their final night on this tour as the overtly comedic four-piece band seemed even more celebratory that usual.  At the end of their main set, Bon Jovi guitarist Philip Eric “Phil X” Xenidis joined them on stage and performed two Van Halen covers in place of ‘Gloryhole’ as a bevy of Waterloo’s finest women gyrated about on stage (having remained there after Starr called them up for ’17 Girls In a Row’).  This culminated  their main live set with ‘Death to all But Metal’.

Getting to see Steel Panther in a room the size of Maxwell’s was a treat in and of itself. Typically, I spend the cost of tonight’s ticket in gas and parking for Toronto concerts. Not having to drive the three hours in and out of Toronto, pay an exorbitant price for parking on top of the show ticket felt like a bonus to me. Maxwell’s offers an up-close-and-personal concert-going experience with great sightlines and quality sound and lighting. This was my first concert at Maxwell’s and I now want to see all of my live music here.

Steel Panther love interacting with their audience, pulling multiple women out of the crowd and performing with them, this evening being no exception. They coaxed a young Asian girl out of the crowd for a Michael Starr serenade of ‘Asian Hooker’, another attractive ‘mom’ for the acoustic rendition of ‘Girl From Oklahoma’ which segued into a bevy of women on stage for ’17 Girls in a Row’ and a portion of the ‘Ain’t Talkin’ ‘Bout Love’ cover with Phil X. While performing ‘Community Property’, Michael Starr went to the crowd and sung intimately to the audience as one of the girls up front at the security rail cupped his bum.

Satchel (Russ Parrish) busted out a wicked guitar solo mid-way through Steel Panther’s live set that was accompanied by Stix Zadinia to start and then Stix stepped aside to let Satchel continue to solo and also play the kick drums. Satchel blended in riffs from ‘Smoke on the Water’, ‘Breaking the Law’, ‘The Trooper’, ‘Master of Puppets’, ‘Crazy Train’, ‘Spirit of Radio’, ‘Sweet Child ‘o Mine’, ‘Iron Man’ and ‘Do – Re – Mi’ (Sound of Music) before winding things down when the band took the stage again and played ‘Ten Strikes You’re Out’, with Michael Starr adorned in a shiny red sequined jacket.

Opening duties this evening were handled by Toronto’s very own Diemonds. Spread out on  Maxwell’s stage with Aiden Tranquada’s drum kit (set up directly in front of Stix Zadinia’s kit) essentially bisecting the stage, it made things a bit difficult for vocalist Priya Panda to maneuver from left to right as they performed. Ultimately, this mattered not at all, as the band worked their way through seven songs from their Juno-nominated Never Wanna Die album, two songs from The Bad Pack, and a GnR cover, getting the crowd to chant along to the chorus from ‘Never Wanna Die’.

Diemonds was hand-picked to open these Canadian shows by Steel Panther, the band’s first performing together when they played at Sound Academy as a part of Canadian Music Week 2012. They made for an appropriate pairing in 2012, and did so again this evening, warming up the room in stellar fashion with their signature sound of eighties metal interspersed with moments of thrash. Diemonds guitarist C.C. Diemond balanced his guitar on his head as they finished their set, announcing Steel Panther would be on stage shortly.

This show was great fun, a better night than I’d initially hoped, and I knew it would be a good one as soon as it was announced. What made it so good was the audience being totally into it – many of the attendees dressed up in tight 1980s clothing with accompanying big hair. The banter between the four members of Steel Panther, something omni-present at all their shows, was great fun. This evening felt celebratory from Diemonds opening with ‘Better Off Dead’ through to the final notes of ‘Party All Day (Fuck All Night)’ from Steel Panther.

Waterloo totally got to feel the steel this evening. It was both long and hard and left us wanting more.

Diemonds Setlist:
Better Off Dead
Hell Is Full
Forever Untamed
Aint That Kinda Girl
Left For Dead
Never Wanna Die
Meet Your Maker
Over It
Get The Fuck Outa Here
Out Ta Get Me 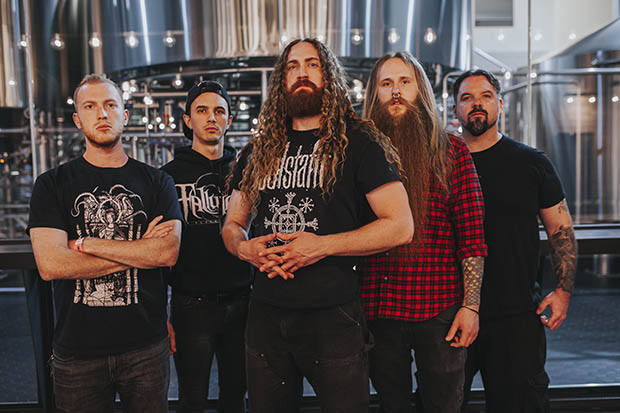 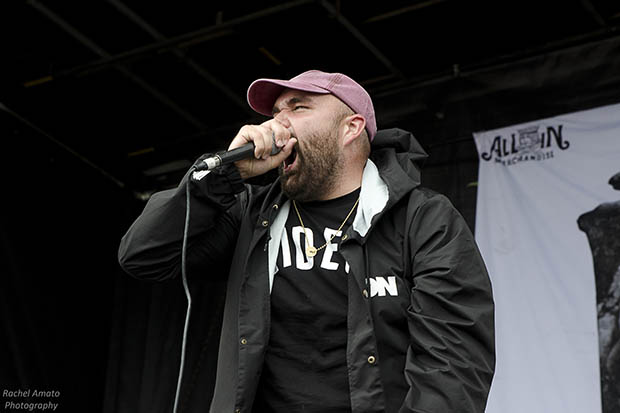