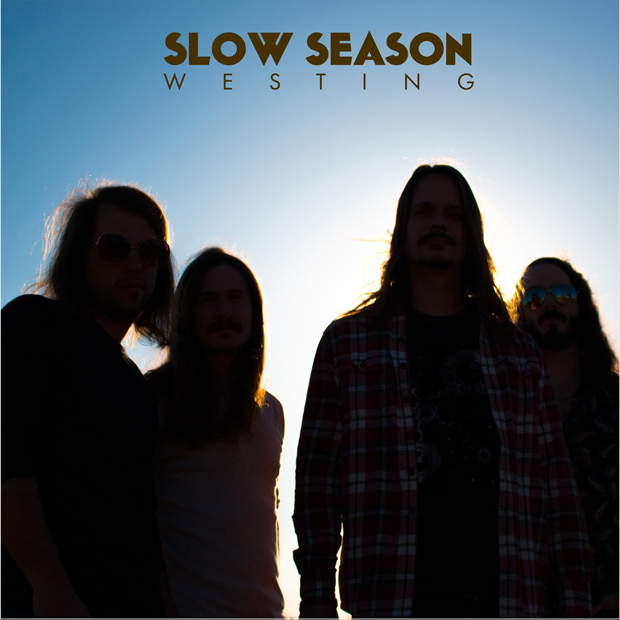 I first became aware of Slow Season a couple of years ago when seeing them live at a dive bar in Tempe, Arizona. I was there to see one of the local openers, probably a friend’s band, and Slow Season were the headlining act. I had a few too many Hamms or maybe it was Old Style (Don’t judge me!) that night so I was “dazed and confused” remembering what Slow Season was about other than that I thought they sounded like Led Zeppelin.

Fast forward to July of 2016, Slow Season is releasing their third full-length album via Riding Easy Records. I’m going to point out the elephant in the room. This album sounds like Led Zeppelin six ways to Sunday. This isn’t a bad thing, in fact, it’s awesome in my opinion. There is so much detail within the eight tracks, I swear the guitarist sat down and learned every Zeppelin tune while learning how to play. Even the effects he uses are dead-on Jimmy Page worship.

I’m willing to bet that any fan of ’60s/’70s guitar rock is going to love this album. The song “Damascus” is a time machine. It’s so retro that it should be put out as a single on an 8-track tape. In my opinion, Slow Season is an excellent throwback to the days when rock ruled the radio airwaves and disco sucked.

Check out the track “Rainmaker”