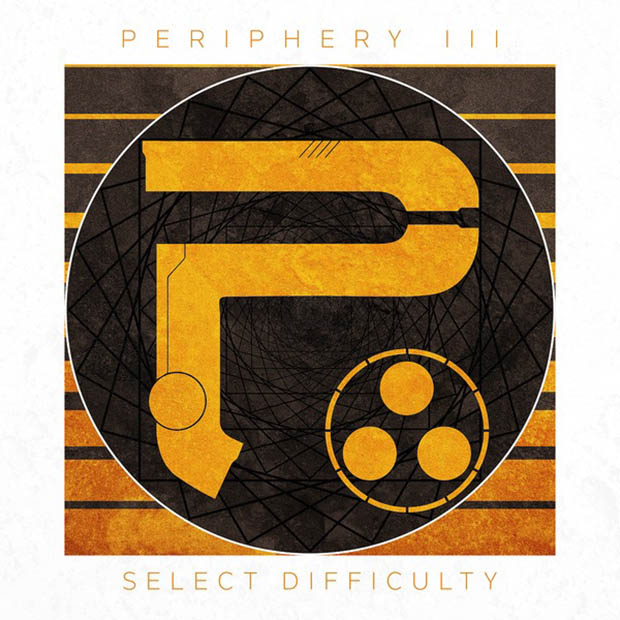 I just finished giving Periphery III: Select Difficulty my first listen through, and my pants are heavy. A piece of me wants to utter those few words that are often a defining moment between people, the ones which once spoken can never be taken back. *slowly leans in for the kiss* Here goes: This might be my fave Periphery album yet, and I religiously listen to Periphery’s entire discography, so I make that sweeping claim whilst having their previous work relatively fresh on my mind, so much so that I often incorporate their songs into my everyday interactions.

Text message:
Friend (so she claims): Hey, Henry. Where you @?
Me: Stuck down in the bottom of your cylindrical state of mind.

Auto-shop:
Mechanic: What kind of sound is it making when you start it up?
Me: Bowww bu-bu bow bowww bu-bu bup bowww bowww bu-bu bu bow-bu-bu-bu bowwww.
Mechanic: Yeah, that’ll cost you about a million dollars. You’ll also need new tires and a smiggitygooaroo, which we’ll have to order from the moon, so that’s extra shipping.

To me, this album comes across much more aggro spirited (in a fun way) and up-tempo relative to Periphery’s previous work, while retaining clarity and melodic movement, which in the context of the current prog. metal/duh-j0nt #thall scene is rare, like a Mew duo 2 in Central Park on a Sunday afternoon. An example of what defines this “clarity” for me, I’m quoting myself ’cause I’m a huge loser, is the usage of orchestral arrangements a la cinematic score, if you will. An intro like that of “Marigood” presents a theme performed by strings that is later recreated by the band’s instrumentation (guitars, drums, etc.). And, while it’s likely that the guitars were written first, the formula for the song seems rooted stylistically in a multi-voice arrangement, like you might find in a modern, orchestral film score, more so than you might find in most rock genres of music. I could be totally wrong, but whatever they did, it adds tons of color and motion to their already eventful songwriting.

The second major takeaway that I took from the album is the vocal writing. Something about Spencer’s writing/vocal parts continues to progress towards a more mystical style and tonality. The main vocal melody is über memorable, as per usual, but the backups create an air of something I could only imagine is realm that Spencer travels to every now and then where a dragon king whispers in riddles and rhymes while sipping tea made of the souls a hundred virgin treasure stars. If you’re curious as to what that means, you need to listen to “The Way The News Goes…”

Parting thoughts: “Catch Fire” has a super-dope feel to it. I almost forgot I was listening to Periphery for a second, but then I looked at my computer, and I was like, “Oh, right. That’s what I’ve been doing for the past hour.”

The bass tone of “Absolomb” might get you pregnant.

Is “Habitual Line-Stepper” a reference to Charlie Murphy’s “True Hollywood Stories with Rick James” from The Dave Chappelle Show?

Check out the song “Marigold”