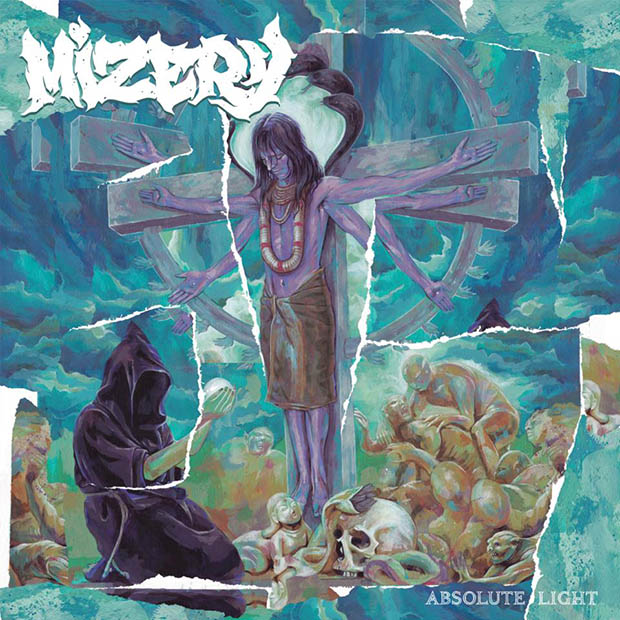 Californian hardcore was actually scientifically developed in CIA dungeons in conjunction with the Illuminati and Church of Satan in an attempt to reduce boroughs of SoCal to rubble. It’s a working theory, but one that finds fuel in the first full-length by Mizery, local legends who have been working furiously at establishing a name for themselves in the hardcore scene on the Pacific side of the States.

The five-piece previously released their EP Survive The Vibe, a panicked shot in the arm of traditional hardcore that saw serious Hare Krishna album art, a firm nod to Cro-Mags, their key sonic influence. This latest release is a stirring example of those influences incubated in the baking sun of San Diego, resulting in a band that can and has held their own with the likes of Xibalba and Ignite. It’s a record that at once feels classic and contemporary, a refreshing take on an otherwise antiquated subgenre.

And it works, in spades. Absolute Light surges with visceral energy, without ever losing sight of the greater goal, a cohesive record. Mizery have produced an album that explodes with energy without ever feeling like a tired gimmick or the result of trying to build to a breakdown. It also has a classic production that immediately makes the listener feel like they’re privy to some newly-discovered tapes from 1986.

What reinforces this feeling are the guitars: it’s all about the riffs, something that most hardcore bands are getting wrong these days. Mizery are fueled by the fact that they are managing to channel some of the most amazing guitar work in recent memory. Coupled with a consistent vocal approach and stellar drum work, and you have a release that’s destined to be one of the classics in SoCal HxC.

Check out the song “Discrimination Of Eye”