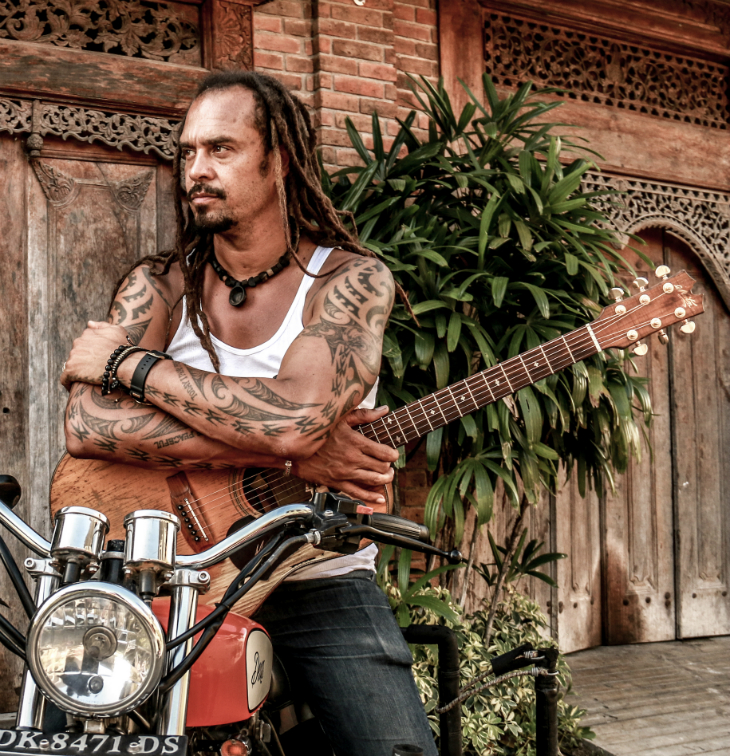 Michael Franti and Spearhead brought a celebratory feel to their Canada Day set at Nathan Philip’s Square in Toronto.

It was especially fitting that the band was in town considering that Franti’s wife is Canadian. When he took to the stage, he led the audience in the first of many clap-alongs and call and responses over the course of their two-hour set. Musically, it was a mix of reggae, hip-hop \, and pop.

In keeping with the party feel to the set, he released over-sized balloons into the audience for the second song. A true man of the people, Franti brought several audience members on stage and moved throughout the venue. In fact, he spent very little time on the stage, instead spending most of his time on a small second stage where he danced and sang along with people in the sizable crowd. He even ventured outside the tent at one point!

The electro-pop of ‘Get Myself to Saturday’ was one of the many highlights. Reggae singer Cherine Anderson joined Franti and his bandmates for a couple songs. Franti is also an activist so he spoke of what he wanted to be as an American and dedicated one song to the people of Turkey and Bangladesh.

Before launching into ‘Good to be Alive Today’, he spoke of how despite everything that is happening in the world, it is indeed a good time to be alive.

Franti recounted a story of staying at a hotel in Des Moines, Iowa at the same time as Justin Bieber and learning to do-si-do before launching into a folk-pop flavoured number. He gave the obligatory shout-out to the celebrities who have passed away since the beginning of the year, including Muhammad Ali and Prince.

Toward the end of the set, Franti recounted a couple highly personal stories about his son’s journey across the country from San Francisco to New York City as well as learning one of his sons had a rare kidney disease and how it brought their family closer together.

By the time he left the stage, Franti had several audience members on stage and led them in covers of The Beatles’ ‘Imagine’ and Bob Marley’s ‘One Love’.

He came right down to the edge of the stage at the end of the set to give thanks to the audience and left the stage with little or no fanfare. If there was any real complaint to be had with the show, it was that it was over too quickly!