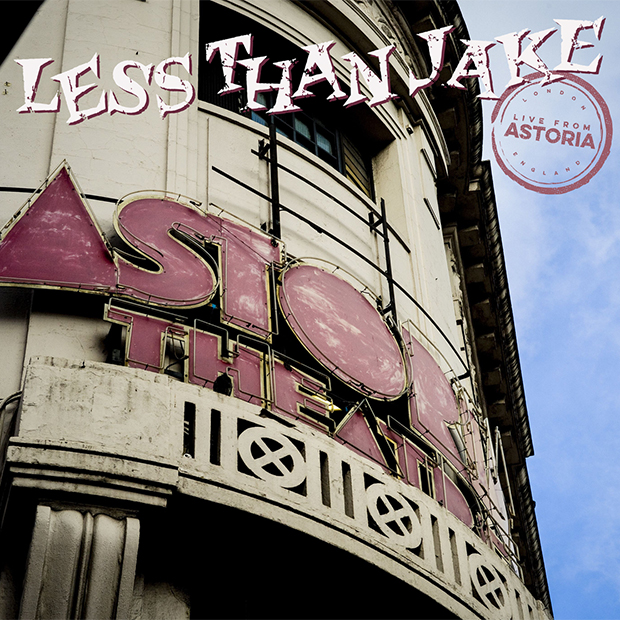 Every big group has their iconic live performance. Red Hot Chili Peppers have Slane Castle, The Beatles have the Rooftop Concert and Less Than Jake has London Astoria. On April 29th of this year the pioneers of ska punk rock released an album called Live From Astoria to commemorate their 3rd night at Astoria in London, England 15 years ago – to the day.

This record will surely take you back, it did for me. Before hearing the album their line “same old story of growing up and getting loud” permeated my brain getting me hyped on nostalgia. Live From Astoria displays the raucous that the Florida boys have always brought to a performance. High energy complimented by early 2000’s humour mixed in with moshing and skank-inducing punk rock make a person wish it were 2001.

Choosing to release this live album 15 years after the show was a key choice. It’s become difficult to find quality ska punk rock. Less Than Jake have been the kind of band that stands the test of time. Even as I write this I’m finding it difficult to not sing along to “Look What Happened”. The Less Than Jake outfit is made up of vocalists, guitarists, drummers using heavy doses of their quintessential trombone and sax.

The only downfall of Live From Astoria is that it will likely only appeal to an older crowd, a crowd that has probably experienced Less Than Jake’s antics in person. For a nostalgic ear, it’s a great throwback of a record, but for a new album it’s not necessarily something to write home about. That being said, if ska punk in it’s rawest, fun form tickles your fancy than Live From Astoria is definitely what the doctor ordered.

Check out the track “Look What Happened”