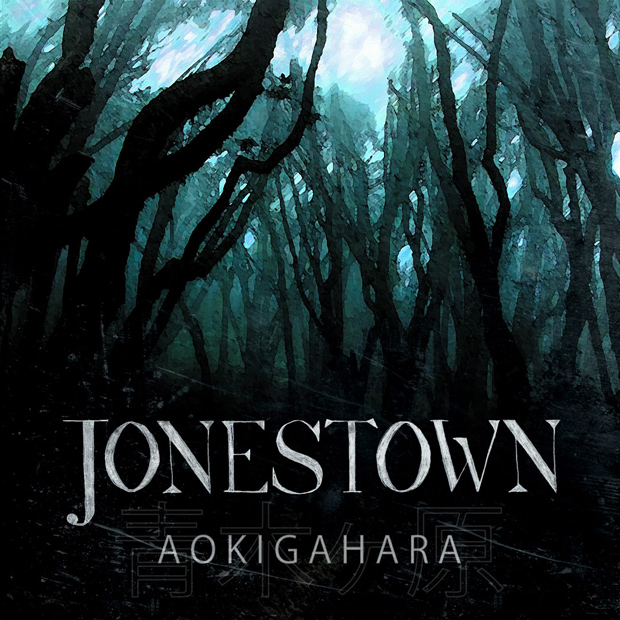 The Brighton metal scene over the years has been a hotbed of heavy bands, so much so that it was once seen as the go-to place if you wanted to discover the hottest UK metal bands around. While that may have been the case, very few of those acts sounded as brutal and utterly filth-soaked as Jonestown do. Peddling downtuned, bludgeoning brutality in the vein of The Acacia Strain and The Black Dahlia Murder, Aokigihara is their debut offering and certainly sees the band stamp their intent on the extreme metal scene.

Each of the eight tracks that make up this album is an unrelenting onslaught of ugly, downtuned noise. There’s nothing graceful about the way the Brighton quartet set about dishing out the material on this demolition job of a record. From the moment “Deliverance” smashes this record into life, Aokigihara treats you to a horrifying aural experience. Wave after wave of rib-crushing, sludgy death metal hits you with frontman Harley Anderson spewing his bilious lyrics over the top.

The whole aura of this record fits though, bearing in mind the English translation of Aokigihara is “suicide forest” and is named after the infamous Japanese suicide forest. All rolled together, it makes for a fairly bleak listen but, as “Mass Extinction Six” batters out of your speakers, it’s one you won’t be able to tear yourself away from.

The one problem this whole genre of music has though is that, after about twenty minutes of your head being stoved in, things can get a bit samey as the whole thing becomes too much. However, with Aokigihara, Jonestown have managed to create such a bleak, suffocating experience that you just won’t want to put it down.

Check out the track “Aokigahara”