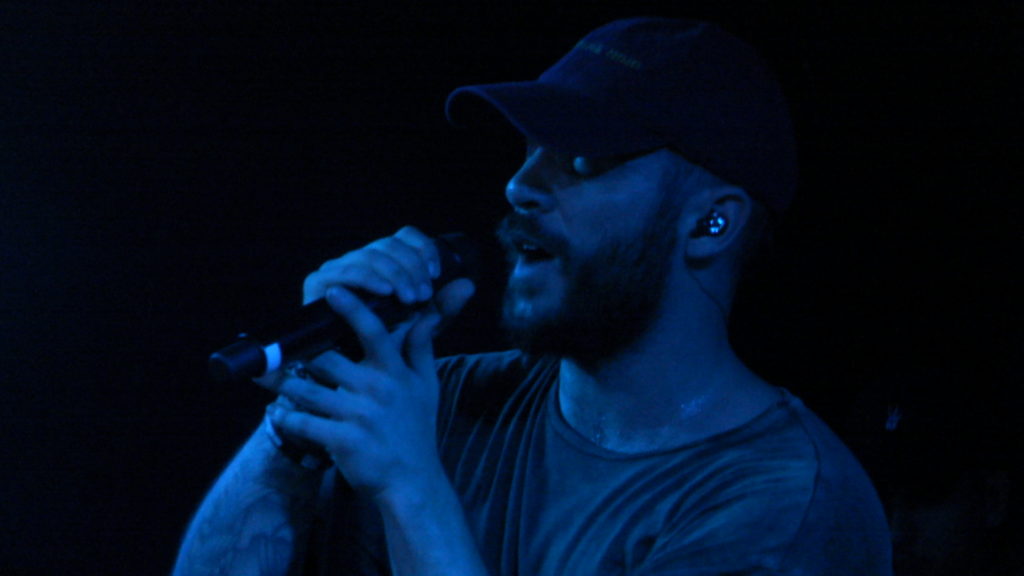 “Nothing has changed, he is the same.” Jon Bellion opened his show in Toronto on Tuesday night with a popular track from his most recent album The Human Condition titled “He Is The Same.” Bellion began the show with a powerful message to his ‘non-believers’ saying that the fame has not changed him one bit and that it will never will, no matter how famous he gets.

Every single track off of The Human Condition has a powerful message and he certainly reinforced them in his performance. Bellion is such a committed performer and gives 100 percent of his energy to each and every show. Needless to say, the crowd gave all of their energy as well. Everyone had their arms in the air for every song. Whether it was fist bumping or waving them side to side, they were dedicated.

The Hoxton was sold out, as every show of the tour has been so far. It was a packed house so everyone became fast friends given the tight conditions. Bellion was very appreciative and proud of the fact that the tour has been selling out and announced that he was coming back for a part two in October!

Bellion sang nine songs from The Human Condition, one of which he played acoustically – and that was “Weight of the World.” He also delivered a crazy, energized performance of “Run Wild” which is a popular track from his previous album The Definition. It most definitely felt like everyone was ‘running wild’ the whole set. Bellion’s fans are the craziest I’ve ever seen – myself included. He then closed the show with the most epic performance of all time, and that was “Jim Morrison.” Ever since his first tour, he has been closing every single show with this track. I have to say, it is so appropriate and the way he ends the show is something you have to see to believe. In other words, if you missed out on this show, you’re lucky he’s coming back for a round two in a few months!

One factor that definitely added to the energy of the crowd was Bellion’s openers. I’m not sure if Bellion chose these acts specifically, but if he did, then he most certainly matched the hype correctly! Blaque Keyz and SonReal delivered outrageous performances that left the crowd overwhelmed. We did not want the hype to end. Almost every second that it went quiet in-between acts, the crowd chanted, “Bellion! Bellion!” And I can’t forget to mention Travis Mendes. He joined Bellion on stage during his set and delivered such strong backup vocals. He added that extra flare to Bellion’s overall set.

As one can probably realize, I had fantastic time at the show and truly had an amazing experience…and also that I am a HUGE Jon Bellion fan. If you’re into alternative, rap music, then I strongly recommend you checking out Bellion’s albums and catch him on his second leg of The Human Condition Tour. I promise that you will not be disappointed.