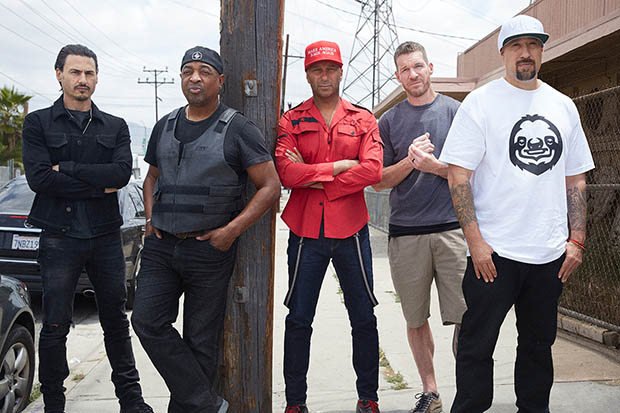 Earlier this year came the announcement that three members of the political metal superstars Rage Against The Machine, Tom Morello, Tim Commerford and Brad Wilk, would be teaming up with none other than the legendary pairing of Chuck D and DJ Lord from hip-hop outfit Public Enemy and Cypress Hill’s B-Real to form Prophets Of Rage. With the U.S. Presidential elections looming, the band are taking their message to the road for a full North American tour. Ahead of the gigging, we grabbed a few minutes with bassist Tim Commerford to get the lowdown.

You’ve got the tour coming up later this month. What message are you wanting to give to people coming to see you?
Commerford: Rock n’ roll is a world language. It’s universal. It’s a language we all speak and we have some real big names in this band in Chuck D, B-Real and Tom who all have something to say. Those guys all have highly political minds and they’re going to be disseminating some of the shit that is going down right now. The shows are going to be crazy rock-fests with a serious message. I can’t wait!

What are you expecting from the shows? Are you expecting fans just to come out and soak up the message or are you expecting fans just to lose their shit?
Commerford: I’m expecting both because that’s exactly what happened with Rage Against The Machine. There were fans who came along simply just to hear the message and there were fans that came along just for the music. I’m expecting more of the same for these shows. It’s going to be no different. You know, we played a show recently at the Hollywood Palladium, that’s a place I’ve played probably ten times in my career, but this show was just out of control.

An introduction to Prophets of Rage

On the subject of the message, are you getting messages from fans in America and worldwide about what they’re experiencing?
Commerford: Not so much from fans, but I’m just watching what’s going on now and, you know what, things aren’t getting any better, they’re just getting worse. From police brutality to Presidential candidates who are coming out with things about how they’re going to build walls between Mexico and America and how they’re going to stop Muslims from coming into countries… These people are coming out with some pretty Hitleresque things right now and people have had enough. People have stayed silent and now they’re starting to fight back.

Do you think things will reach a tipping point where the American public just implodes?
Commerford: I think that’s already happening here! I think we’re about to reach that tipping point, you can see that from what’s being going on all across America over the last few days with the police brutality. Man, in Chicago, 50 to a 100 people are dying every day. Detroit. New York. It’s out of control when you’ve got police arming themselves with military weapons. The place is war zone out there and with the election coming up and candidates come out with backwards, Hitleresque statements, it’s not going to get any better any time soon.

With the election coming up in America, like you said, it’s not going to be getting better any time soon. What do you think can be done to make America “rage again”?
Commerford: I think the best way is to just create some bad-ass, raw rock music. That’s what we’re doing and we can’t wait to take it out onto the streets and unite our fans. 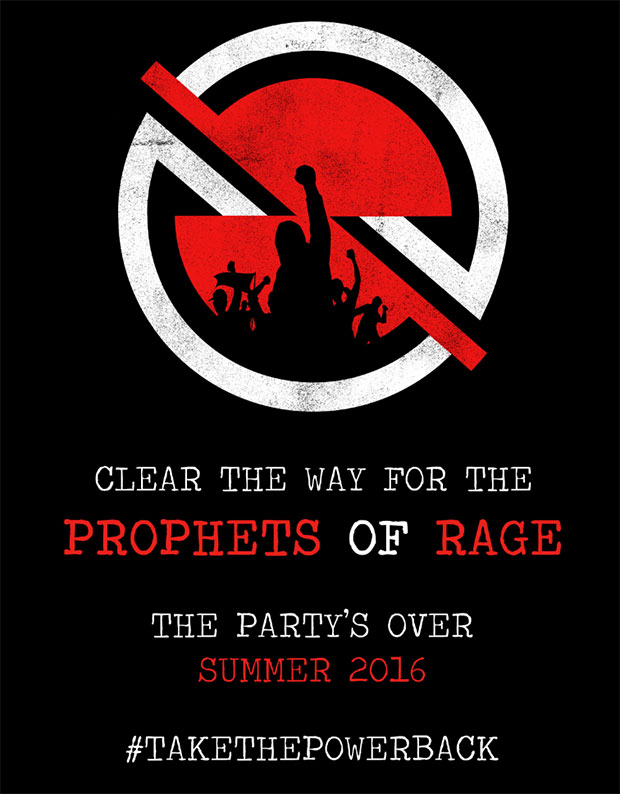 Whether you’re living in the States, the UK, Europe, wherever, it’s a message you can put anywhere. Any plans to take your message outside of the States yet?
Commerford: No concrete plans yet, but we’re definitely going to be coming over at some point soon.

In terms of what is going on in the world, does it sadden or scare you that the unrest in America is replicated across the world?
Commerford: It doesn’t scare me. I would say I’m more inspired by what’s going on. I’m inspired to write music with my brothers. I’m inspired to look up to my idols and try to make music that will make a difference. The world is a very fucked-up place to be right now and it’s inspiring me to want to make a difference. We don’t need barriers or walls, we need to be united.

In terms of new music, when can we expect to hear something from you?
Commerford: We’ve just been in the studio finishing some new songs. They’re recorded and I think they’re being mastered today. I’m so excited for people to hear them because they really kick ass!

Okay Tim, thanks for your time. Just to finish – the choices are Clinton or Trump – not ideal – what advice would you give a young fan voting for the first time or maybe someone who hasn’t made their mind up which way to vote?
Commerford: Yeah, the choice isn’t great. I would honestly say don’t even show up to register your vote. When candidates are having their campaigns funded by corrupt corporations the only way you’re going to make a difference is by not showing up at the ballot box and, instead, show up at the protests. Get your voice heard that way!

Check out the song “Killing In The Name (Live)”