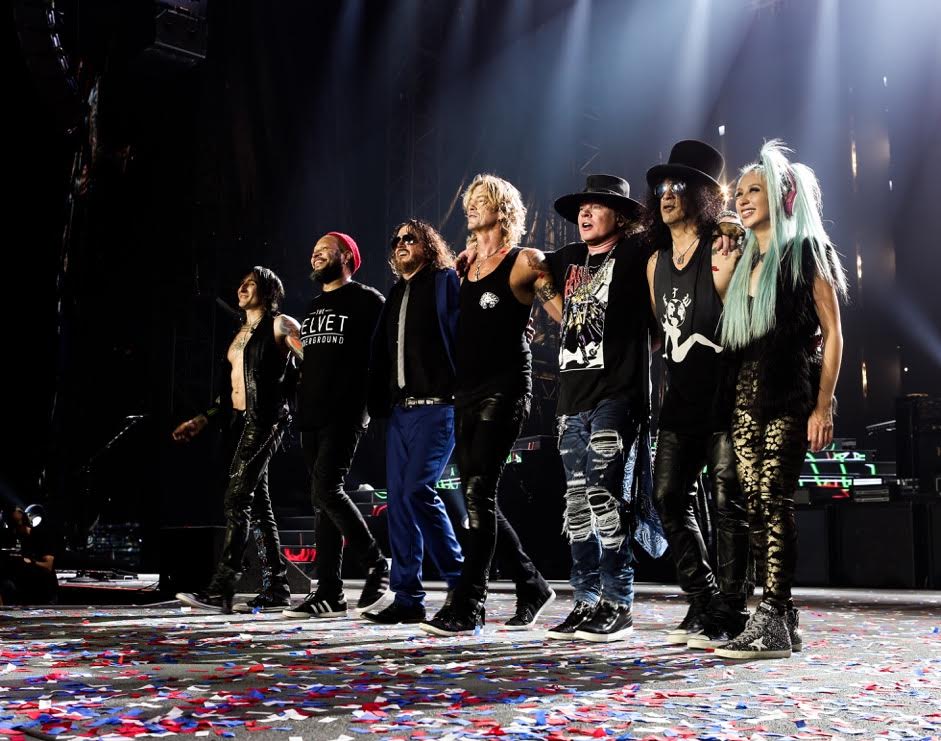 One of rock n roll’s biggest stadium bands, and arguably least likely to reunite for a tour, did just that Saturday night in Toronto.  Guns N’ Roses reunified their perpetually angry and tardy frontman, Axl Rose, top hat wearing guitar legend Slash, and bassist Duff McKagen, along with a stellar backing band.  The show was big – like a 1980’s rock n roll event that everyone who gets it needs to attend – BIG.  Their aptly named “Not In This Lifetime” tour is rolling into select large market cities in North America this summer and leaving nothing to question about who still holds the crown in this ring.

Opening the show late as usual for GnR, but only by a half hour, the band wasted no time rolling out the hits and tore into “It’s So Easy” and “Mr. Brownstone” from the band’s monster 1987 debut Appetite For Destruction.  Axl Rose peppered four tracks from 2008’s Chinese Democracy, the last studio album with Rose being the only member of the original band performing on it.  The sold-out crowd, who were saving themselves for the real GnR classics, politely received the songs.  Rose’s gravel airhorn wail was impressively front and center in most of the right places and times.  Working his vocals at his age requires care and attention, which was evident in the pace of the show and setlist selections.

Slash and hired gun guitarist Richard Fortus spent time treating the fans to long and wonderful solos and songs like Pink Floyd’s “Wish You Were Here” and Andy Williams’ “Speak Softly Love”, where Rose was off stage for wardrobe changes, but more importantly resting his vocal chords.  The plan seemed to be working, as Rose returned each time with a renewed level of vocal fuel in the tank for a few more songs before a break.  Drummer Frank Ferrer, keyboardist Dizzy Reed, and synth/vocalist Melissa Reese rounded out the gunners with rock-solid playing.

“Live And Let Die”, “Civil War”, “November Rain” and “Knockin’ On Heaven’s Door” were standouts in the main part of the solid 2.5-hour set.  The 12-midnight curfew was shattered by a full half hour as the band doled out a full 26 song set even though they started late.  With no break, the encore continued the show with a Jam of “Angie” from The Rolling Stones, GnR’s classic “Patience” and The Who cover of “The Seeker”.  But they saved the best for last, with “Paradise City” as the stadium came alive with confetti cannons and an arsenal of monstrous fireworks exploding on either side of the stage.

Rose put an exclamation point on the show as only he does, by throwing his wireless microphone into the crowd to end the show.  The band returned for a few arm in arm bows for the fans.  That is how it’s done.  They’ve always been the perfect storm of anthem hits, bad boy attitude, tabloid controversy and fan devotion.  This show brought fans back a few years to the heady days of rock n’ roll excess and power.  And smiles were everywhere as they left the venue.  Will we ever see this band return, who knows?  That’s why you see them when you can. 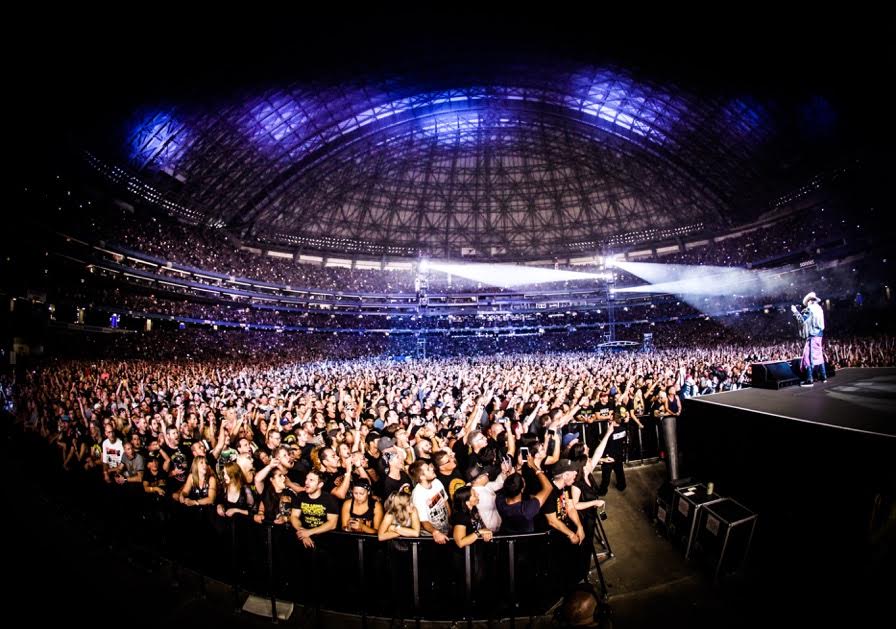 Welcome to the Jungle

You Could Be Mine

(Misfits cover) (with “You Can’t Put Your Arms… more )

Out Ta Get Me

(“Wish You Were Here” with “Layla” outro)

(“Angie” by the Rolling Stones)