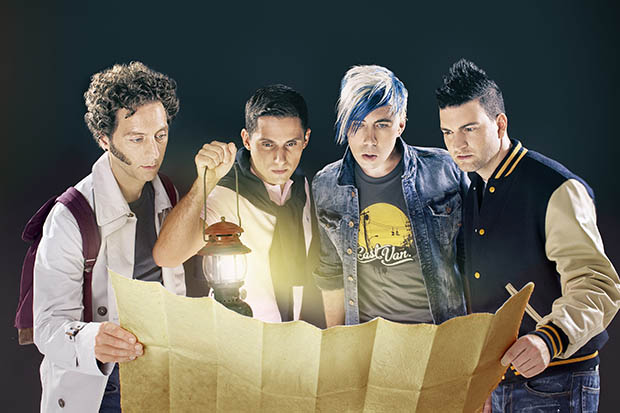 Marianas Trench (No, not the deepest part of Earth’s oceans, the band you dummy…) recently released their fourth studio album entitled Astoria (No, not the hipster capital of NYC, the town in the Goonies movie you idiot…) As Marianas Trench begin prepping for a massive headlining tour in the U.S., we decided to chuck a Pentagram at their lead guitarist, Matt Webb, to find out what they think about their band name, Donald Trump and turning into fat, old rockers. Why? Because it’s what we do!

When you “Google” Marianas Trench, Google spits out Wikipedia’s Mariana Trench. Does it bother you that the fancy algorithms that Google uses nudges your band to number two on the search results list on any given day?
Webb: As I read this question I literally spit out a spoonful of 2% Greek yogurt I was eating. Rage, shock, and disappointment are 3 of 4 words that come to mind. Decided to check for myself and learned that your statement is in fact, not correct. Unless I’ve been googling myself too much lately and google just autofills that shit. That seems more likely.

I saw your band photo on the “About” section of your homepage and the first thing that came to mind is that you guys look like a smattering of dudes that met each other during a weekend at traffic school. Which one of you is the shittiest driver in the band and why do you say that?
Webb: Mike, the bass player… Duh. Some people turn 16, take the bus straight to the DMV and get their driver’s license like a normal human being. Other people prefer World of Warcraft.

Your latest album is entitled ‘Astoria’. Your bio page states that this title inspired by the movie, Goonies, but more specifically Astoria, Oregon. I’m sure you know that it is also a neighborhood in Queens, NY that is mostly comprised of Greeks and hipsters. Let’s play a game… “Kiss-Marry-Punch.” Your choices are Hipsters, Greeks and Goonies…. to whom do you do what and why?
Webb: Hmmm…good one. I really can’t win here, either I’m kissing, marrying or punching a bunch of kids. Most countries send you to jail for that stuff. That being said, I suppose marrying a Greek person would be cool cuz you would have endless access to souvlaki chicken and baklava. 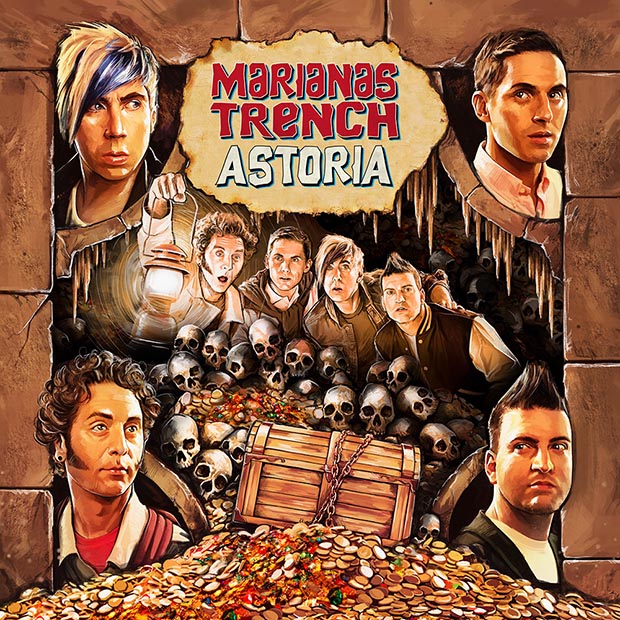 I noticed that you guys have more endorsements than Donald Trump has by his own political party. If Canadian opinion actually mattered in the U.S. political process, what advice would you give that asshole?
Webb: Get an education.

Your merch section consists of 5 pages but no hockey gear. What gives? Are there hockey fans in the band? If so, do you guys have a favorite team/s?
Webb: We did do a limited run of Marianas Trench shoulder pads to mixed reviews… actually poor reviews. Ian is the hockey guy in the band, he knows all there is to know about knowing things about hockey and is happy to chat with you about it at any time.

666: Bonus Question! So what happens when you guys turn fifty, lose your hair and become fat? Is it over at that point for Marianas Trench? Or, do you keep on keeping on like (insert any ’80s hair metal band here…)?
Webb: I saw Vince Neil from about 6 feet away one time. It was scary. But if he can still wear tight pants and sell tickets, anyone can. So yes, keep on rocking, why would we ever retire from the greatest job of all time?

Check out the song “This Means War”