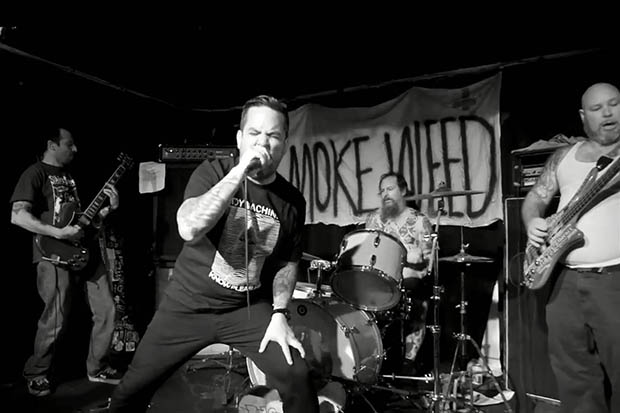 Featuring current or former members of such bands as Spazz, Municipal Waste, Black Army Jacket, and Plutocracy, Deny the Cross is a new group that specializes in a hybrid of grindcore, hardcore, and powerviolence. On July 29, Tankcrimes will release Alpha Ghoul (pre-order here), Deny the Cross’ debut album. To celebrate the record’s release, Deny the Cross frontman Carlos Ramirez has listed some of his biggest vocal influences for the project.

10. Bill Steer/Jeff Walker (Carcass)
– I had to include Bill Steer and Jeff Walker as a combo here for their dual vocal attack on the first two Carcass albums. Steer’s deep vocals were the perfect match for Walker’s screechy style, coming off like two maniacs locked inside a vocal booth together.

09. Kevin Sharp (Brutal Truth, Venomous Concept)
– There’s no way I was going to leave off Kevin Sharp off this list. Over the course of five studio albums (and countless other releases), Sharp delivered the band’s sociopolitical lyrics with a viciousness fit for their band name.

07. Yoshitomo “Tottsuan” Suzuki (S.O.B.)
– I first discovered S.O.B. via Napalm Death, who would always drop their name in interviews in the early ‘90s. Yoshitomo “Tottsuan” Suzuki became one of my favorite grind vocalists from the first time I heard him on S.O.B’s Gate of Doom album. Sadly, he committed suicide in 1995, but at least he left behind an impressive discography.

06. Oscar Garcia (Terrorizer, Nausea)
– Oscar Garcia’s vocals on Terrorizer’s World Downfall album sound as savage today as it did when the album first hit stores back in 1989. If you don’t own the album already, your collection is missing one of grindcore’s most seminal records. 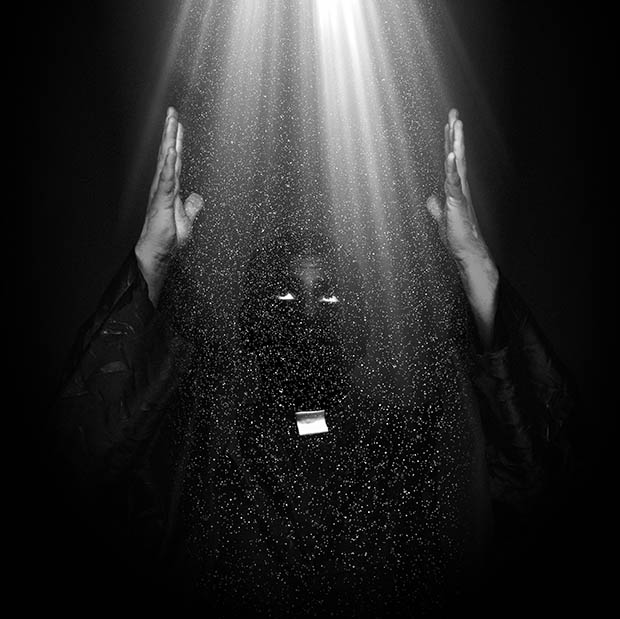 05. Jon Chang (Discordance Axis, Gridlink)
– Often imitated and never topped, Jon Chang’s vocal performances throughout Discordance Axis’ discography will have you asking yourself, “How the fuck does he do that without slaughtering his vocal cords?!”

04. J.R. Hayes (Pig Destroyer, Enemy Soil)
– When J.R. Hayes steps up to mic, he sounds like he’s been possessed by the dog in that one scene in Dario Argento’s Suspiria. What more can you ask for from a grindcore vocalist?

03. Erich Keller (Fear of God)
– Switzerland’s Fear of God were grind pioneers in the ‘80s and Erich Keller’s vocals are a big reason why folks still look to the band as an inspiration point.

02. Paul Pavlovich (Assück)
– Coming from a more death metal background than a punk kind of thing, I gravitated towards Assück’s stuff as soon as I first heard Paul Pavlovich’s growly vocals on their split 7″ with Old Lady Drivers. It annoys me that Paul’s so underrated as a grindcore singer.

01. Barney Greenway (Napalm Death, Extreme Noise Terror)
– Barney Greenway’s got such a unique approach to what he does in the recording studio that I can’t think of anyone else who sounds like him, which is saying a lot in a genre that has a ton of copycatting going on. I might even enjoy his more recent work over the ‘90s stuff, which is a testament to how strong his voice is.

Check out the song “Teens in the Graveyard”