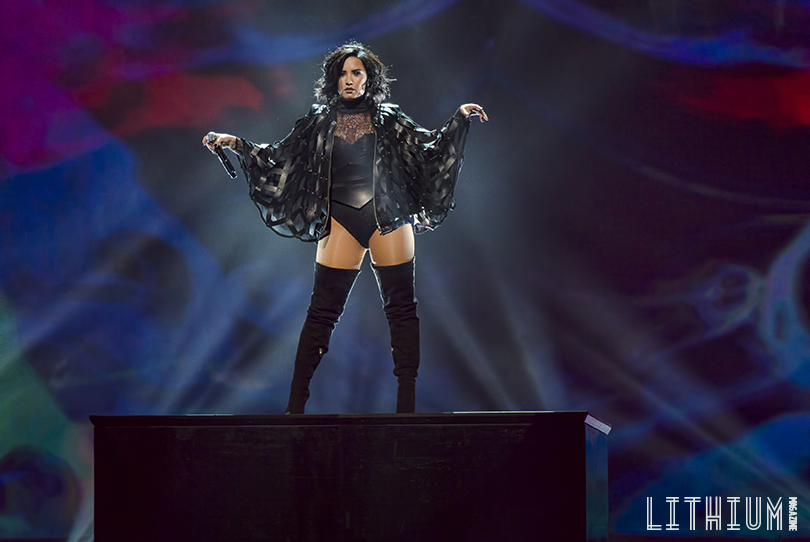 The ACC was lit up with neon lights as Demi Lovato and Nick Jonas brought their Future Now tour to the city where they first met. Fans were lined up well before the show started and honestly, I can’t blame them. These two performers are electric individually on stage, but combining them serves as a true treat for the audience.

Nick and Demi met in Toronto filming “Camp Rock” back in 2007, and they both noted this during their individual sets. Starting things off was Nick Jonas, rocking the stage and bringing a crazy amount of energy to his set with “Levels”, “Champagne Problems” and “Bacon”, complete with a graphic of a sizzling pan of delicious bacon behind him while he sang.

Next up was Demi Lovato, and she was absolute fire. Seriously, this woman knows how to command the stage and bring the audience to their knees, all within a few songs. She started out with “Confident”, “Heart Attack” and “Neon Lights”, calling out to the audience: “You’re beautiful!” Jonas came back out for a few more songs, including joining Lovato for “Stone Cold” and bringing back an old Jonas Brothers song, noting his amazement in having people still sing that song back to him years later. Demi closed the show out with a chills-inducing “Skyscraper”, and turned the ACC into a summer bash with “Cool for the Summer”.

All in all, one hell of a concert and a seriously good time. The tour runs until September 17th, and the next stop is the Verizon Center in Washington, DC. Check this tour out if you can guys, you’ll have an amazing time!

Give Your Heart A Break

Cool for the Summer