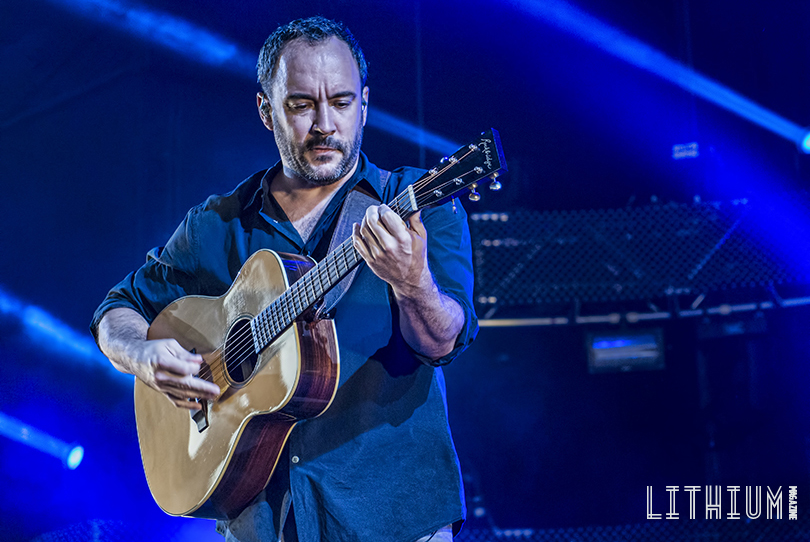 Never in all my years of attending concerts at the Molson Ampitheatre in Toronto have I seen it as busy and as crowded as it was when Dave Matthews Band played there earlier this week. Though I showed up at the venue at precisely the right time, the crowd outside the gates was massive as was the line for the box office and will call. As I moved to join the line, I soon realized that it stretched past the Molson Ampitheatre entrance, across the pedestrian bridge and well into the parking lot for the BMO Field across the highway. Needless to say, I knew I would be stuck in this monstrosity of a line for the next foreseeable future and I’d certainly be missing the beginning of the show.

On one hand, it shows the impact Dave Matthews Band has on the rock music industry and on fans proving that the 90s will never truly go away. The people in the crowd ranged all age groups — children, teens, and millennials to baby boomers. From those who remember fondly albums like Crash and Before These Crowded Streets when they were released and had them playing on repeat way back when, to those who are now schooling a younger generation on just how great this music was and still is, everyone was in the audience for this show. If only everyone could just get to their seats on time.

It’s hard to say what caused this amount of chaos and confusion in the first place but from what I heard through the grapevine, it was that this show wasn’t using electronic tickets and all tickets had to be in printed form. The security team was thankfully sympathetic towards the discomfort and concerns of the crowd.

By the time I reached the end of the line and had my ticket in hand, it was already 9:30 pm, an hour had past since Dave Matthews Band had taken the stage and I had officially missed the first half of the show. For that reason, I can’t actually say if the show had started well though a few people in line at the concession stand said Dave Matthews and company played an outstanding set.

Taking a look at their set list, I’m sad that some of my favourite songs including “When the World Ends” and “Break Free” were played at the beginning of the show and therefore I had completely missed them. What I did catch, including “What Would You Say” and “You & Me”, was a lot of fun to watch. The crowd danced and sang along; it was a delight to behold. The joy of a Dave Matthews Band show is how communal the experience is, Dave Matthews himself is a warm and welcoming individual who invites the crowd to relax into the music and put their feet up. Each song performed starts the way everyone remembers on the album and then evolved into an organic jam session where everyone on stage simply let loose and had fun allowing their instruments to speak for themselves.

The crowd loved it and they grooved with it and I wish I could have been able to let go and enjoy myself more. Unfortunately waiting over an hour on my feet standing in the chilly evening air had taken up my reserves and I found myself too cold and enduring much pain and exhaustion to enjoy the rest of the show as much as I could have.

It’s alarming that this kind of situation had to happen that forced hundreds of people to miss a good chunk of the show, despite arriving at the appropriate time.

One Sweet World
When the World Ends
Seven
The Idea of You
#41
Death on the High Seas
Squirm
You Might Die Trying
Break Free
Lie in Our Graves
So Much to Say
Bob Law
What Would You Say
Samurai Cop
You & Me
Why I Am
Jimi Thing
Sexy M.F. (Prince cover)