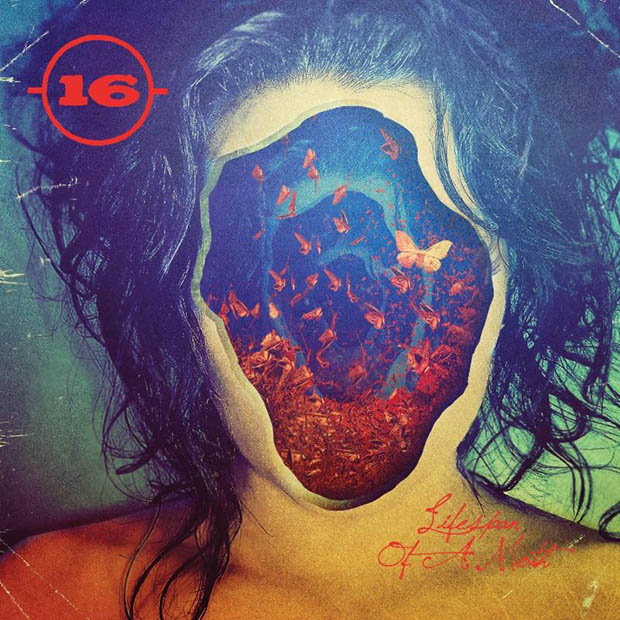 When it comes to heavy music, the majority of fans like to label bands into categories i.e. Death Metal, Thrash Metal, Black Metal, Poop Metal, etc. If there was a poster boy for Sludge Metal, I’m pretty sure (-16-) would be the leading candidate. These Southern-California based sludge chieftans lay the wood with their seventh full-length album entitled Lifespan Of A Moth.

Lifespan Of A Moth was self-produced by the band and it shows, sounding more raw and in-your-face than their previous efforts. Every instrument has its own identity and nothing gets lost frequency-wise in the bass spectrum but, then again, when your band has been around for 25 years, as is the case with (-16-), you probably have an idea how to record downtuned.

Lifespan of a Moth is one of those albums that, once you’ve start listening to it, you want to lock into the groove all the way until the finish instead of checking your Facebook a dozen times while it’s playing. Standout tracks include “Gallows Humor” – an instrumental, but one with riffs that carry some serious weight, “Peaches, Cream and the Placenta” – surely contender for coolest title so far this year, but also a song played out with a morose, funeral march feel and finally “The Absolute Center of a Pitch Black Heart”, probably the most upbeat of all the tracks and one that is laden with the kind of catchy grooves and time changes that will keep the listener chasing the riff dragon.

The wait for the return of (-16-) was well worth it, having been so underrated for so many years. Lifespan Of A Moth is such a solid album and, given a proper push from Relapse Records, (-16-) should be able to break out of the perennial underground sludge basement status that they have owned for so many years.

Lifespan Of A Moth Track Listing:

Check out “The Absolute Center of a Pitch Black Heart”