Portland-based traditional metal outfit Spellcaster are excited to reveal another single from their forthcoming debut release via Prosthetic Records, Night Hides the World, due out on July 8. Check out the emotive new single “Betrayal” streaming in full just above.

Produced and mixed by Zack Ohren (All Shall Perish, Exmortus). Spellcaster’s upcoming effort Night Hides the World gives a modernized take on the classic genre of heavy metal with biting sharp riffs over eight powerful tracks. The album is currently being offered on CD, LP (including a special opaque purple variant limited to 150 copies) or on limited-edition purple cassette tape, all of which can be bundled with a special Spellcaster t-shirt right here. 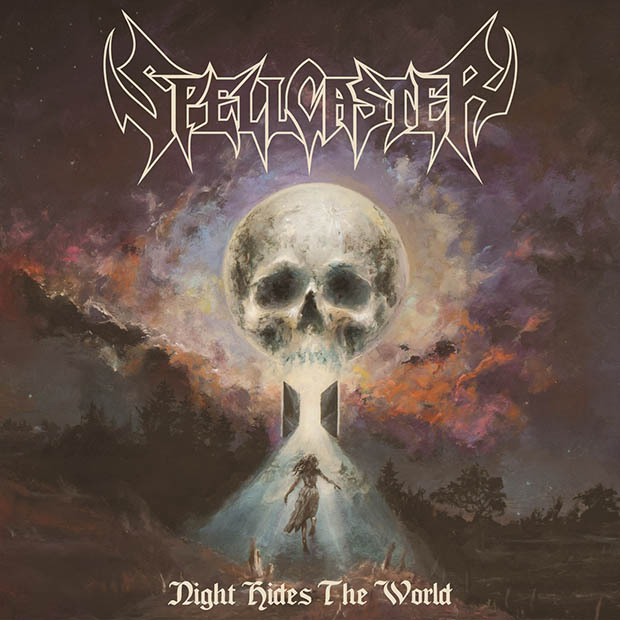