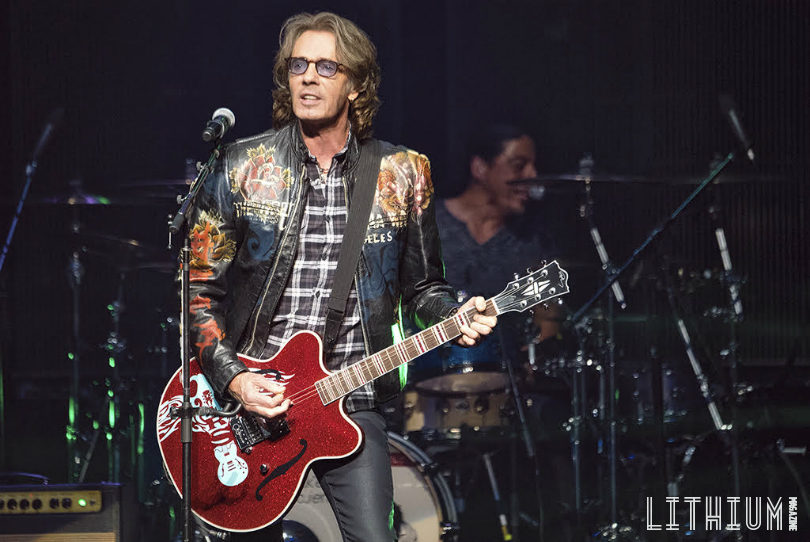 Review and Photos by Alan Zilkowsky

Rick Springfield returned to Canada to play the first of two shows at the Avalon Ballroom Theatre inside the Fallsview Casino last Friday night.  The 80’s heartthrob put on a solid 90-minute set featuring all of the hits fans would want and expect to hear, and also introduced show goers to tracks from his latest effort and 18th studio album ROCKET SCIENCE.

Opening the show with the single “Light This Party Up’ the 66 years young Springfield kept fans on their feet while weaving through hits, news tracks and also some covers which included the Sammy Hagar-penned “I’ve Done Everything for You”, Katy Perry’s “Roar” and Taylor Swift’s “Shake It Off”.

Later in the evening, Springfield sought out volunteers to help with one of his biggest hits, ‘Don’t Talk to Strangers’ which at times became quite comical as some participants were quite unwilling to sing while others were quite anxious to perform and undoubtedly proved a career in music will NOT be in their future.

Another high point of the show was when Springfield jumped off stage and went into the crowd during ‘Human Touch’, walking up the aisles and climbing chairs, he tried to reach as many fans as he could and sometimes just stopped to soak it all in.

Lastly, during the 3-song encore, Mr. Springfield gave everyone in attendance what they had been waiting to hear which was the biggest hit of his career, ‘Jessie’s Girl’.

Light This Party Up

I’ve Done Everything for You – Sammy Hagar cover

Affair of the Heart

Shake It Off – Taylor Swift cover