Sadly, we were stuck in traffic while Swedish entertainers Avatar were making their welcome return to the hallowed turf of Donington Park so our first port of call on the Saturday morning was US metalcore ragers Beartooth who didn’t disappoint. With their new album Aggressive about to drop, the band wasted no time in waking up the early risers who’d trekked through the mudbath to check out their set. Mixing up new tracks like “Aggressive” and “Hated” with cuts from their Disgusting album like “Relapsing” and set closer “Body Bag”, things were certainly heading in the right direction for day two.

There was a mass exodus from the main stage as Beartooth were stripping down their stage with many fans making the short journey to the Maverick stage where highly-rated progressive metallers Black Peaks were taking to the stage. Fresh from supporting Deftones at their recent Wembley Arena show, the band were on blistering form as they delivered the kind of set that should see them quickly moving up bills like this one and, along with the likes of Zoax and Heck yesterday, showed that British metal is in a particularly healthy place in 2016.

Next up were metalcore perfectionists Atreyu. Despite not being their biggest fan the decision to see them was made by a friend and, as well all know, one of the best things about festivals is checking out bands you have never really given a second thought to. It was a well made decision as well as they truly owned the stage and even provided us with a metalcore cover of Bon Jovi classic “You Give Love A Bad Name”. Should this work? My answer is yes, yes it worked very well.

Twelve months ago, Nikki Sixx was performing on this stage with his band Motley Crue. It was one of the most talked about sets of the weekend but, sadly, not for the right reasons. Today though, the rain stopped as Sixx brought his band Sixx A.M. to the UK for the first time and they didn’t disappoint the Download crowd. Fronted by James Michael, a proper rock vocalist who delivers a flawless performance, Sixx A.M. bang out a short set culled from their five releases to date with highlights including “Rise”, a thumping “When We Were Gods” and “Life Is Beautiful” where, just for those five minutes, we all forgot how shitty the weather was and just soaked up this glorious dose of edgy modern rock.

Movie star, rock star and all round Southern belle. Juliette Lewis has appeared in many films and possibly best known for her appearance in From Dusk Till Dawn. As such, many people, including myself have overlooked her musical abilities and that was a mistake! Having come over not knowing what to expect I was greeted with Ms. Lewis donning an Evil Kneevil style jumpsuit and delivering a performance that became one of the highlights of Download 2016. The guitarist played with his teeth, Juliette danced with a security guard and the band gave us the most epic rendition of “Rollin’ on the River” I have ever heard. I have now downloaded the entire back catalog of ‘Juliette and the Licks’ based entirely on this performance.

Nikki Sixx made a further appearance later in the day when he joined speed metal titans Megadeth for a raucous run through of “Anarchy In The UK” a song both he and Megadeth have covered in their time. Prior to his appearance though, Mustaine and his band delivered the kind of career spanning set that deserved the rowdy response it got. From newer material off their recent Dystopia album through to classics like “Peace Sells But Who’s Buying?” Megadeth are one of those bands that, as proved on their tour last year, can play the kind of set that has something for headbangers of all ages. 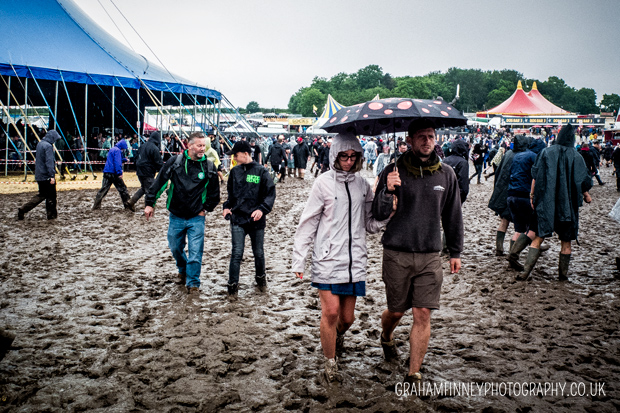 A few days prior to this, Sacramento alt-metal heavyweights Deftones performed the kind of gig at Wembley Arena which will be talked about for years to come. It was one of those gigs where fans who did have a ticket will never forget and those who didn’t will certainly pretend they did. Here though, they’re playing as special guest to none other than Black Fucking Sabbath and while the intimacy and intensity of their music gets lost at times in the open air surroundings of Castle Donington, there is still something about the way Chino lurches about the stage during the likes of “My Own Summer (Shove It)” and “Knife Prty” that makes this band utterly mesmerising to watch.

It is now time! Although I have seen Sabbath on many occasions, this show is something special. They were pioneers of the musical genre we call rock and metal but the curtain is close to coming down for the last time. Many people declared their disappointment with the energy the set had, however, it has to be remembered that Ozzy, Tony and Geezer are now no longer young men and, yes, their set acknowledged that they have had their day but it also demonstrated that they are not yet done and they will go until all the steam is completely gone. Let’s be honest though, how could you not be happier to have had one last opportunity to witness the likes of “War Pigs”, “Paranoid” and “Iron Man” live? As the curtain falls, Download acknowledges the legends that are Black Sabbath and the impact they have had on the lives of all metal fans with thunderous applause and you just know that the music-changing sounds of Sabbath will echo around the hallowed turf of Castle Donington long after the band have hung up their instruments. 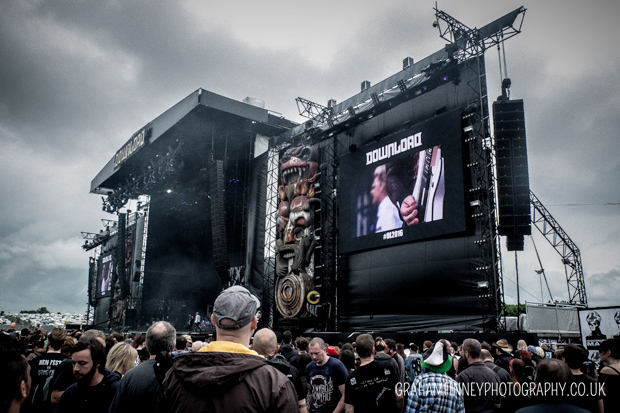 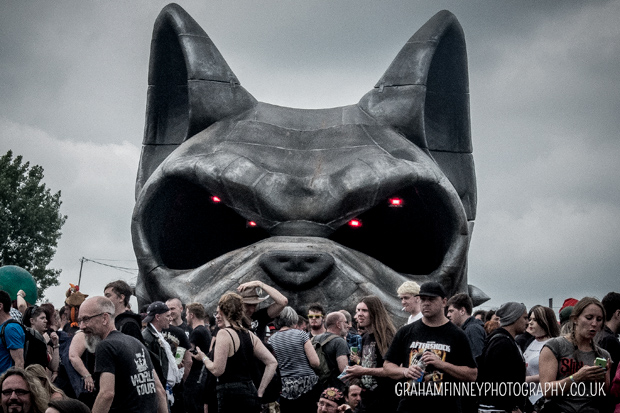