In case you haven’t heard, Borderlands is a progressive metalcore band from Lisbon, Portugal. I don’t know what they put in the water over there, but as of late the metalz out of Portugal has been top shelf. Voice Of The Voiceless is Borderlands’ first full-length album and while I’ll try to discuss a few highlights, in short, this album is baby makin’ music… if your baby makin’ soundtrack is any good. #Br00tzMetalJacket

The album starts with different voices, some of which are children’s voices, talking about dystopian future type themes with wind noises before some ambient clean guitar and synth pad create an eerie mood that crescendos into distorted guitar riffs that resolve with a glass breaking on the downbeat of a halftime riff/breakdown. It’s a pretty solid intro.

Track 2, entitled “Children of the Storm,” is where the album really gets going. Things are pretty balls-to-the-wall throughout the first half of the song before an interesting valley of ambient guitars builds back into the full-blown metal. This formula roughly characterizes the overall sound of the album. “Formula” is probably the wrong word to use because I by no means intend to imply that the songwriting is predictable. If anything, the riff writing, especially, is anything but predictable. A metal elitist might say something to the effect of “This isn’t prog at all, man,” to which I would respond, “First of all, you have no friends. And, secondly, wtf are you talking about?” The rhythms are as syncopated and staccato as Maury Ballstein (Zoolander reference), and there are tempo changes – subtle, delicious tempo changes.

If you’re a fan of bands like Erra, Betraying The Martyrs, and/or Northlane, this album is right up your alley. It’s all things heavy, dark but beautiful, techy but not annoying to the point it’s hard to follow even if you’re a shape-shifting lizard. Nailed it.

Voice Of The Voiceless Track Listening:

Check out the song “Children Of The Storm” 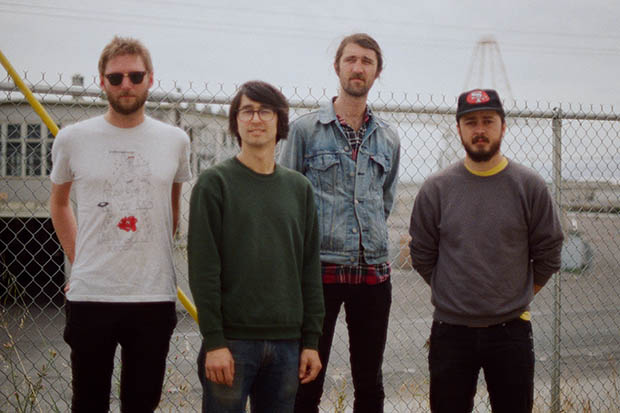 Interview with Shai Hulud; Guitarist and Founding Member Matt Fox on Touring and His Band’s Impact on Hardcore