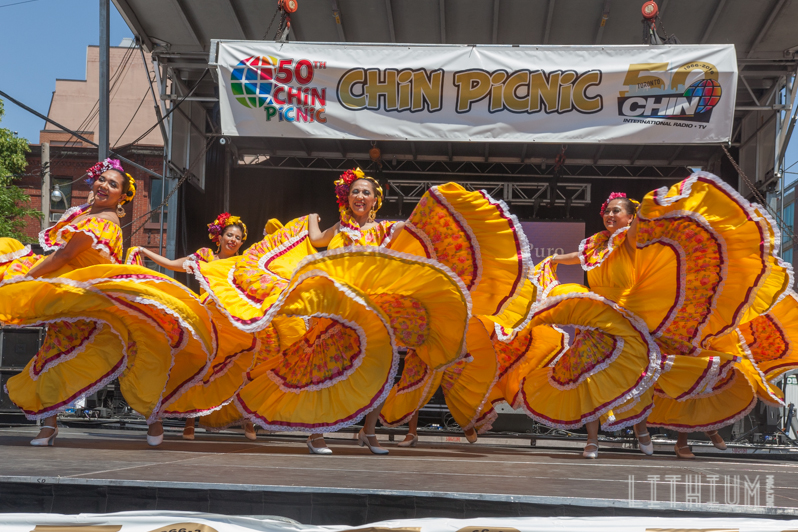 What a fantastic weekend this was celebrating CHIN’s 50th Picnic! It was truly a weekend commemorating all cultures, ethnic backgrounds, and so forth.  Toronto is extremely multicultural and, although there are other events and circumstances that prove this to be true, I think that it is best showcased at CHIN’s annual picnic.

The picnic was massive and closed a huge chunk of College St. between College Pl. and Shaw St.  Kicking off the festivities was a balloon releasing event, as well as Toronto’s Mayor presenting a plaque to commemorate that this was CHIN Radio’s “50th” annual picnic.

Food, beverage and other vendors completely filled the north and south side ends. And no one went hungry as there were a variety of options. As one would assume, there were vendors from almost every country – churro trucks, burrito trucks, tents filled with Portuguese barbeque, Mastro and San Daniele tents, and much, much more. There were also several set-ups of different alcoholic beverages such as Corona, Heineken and some fancy drink inside of a fruit. Other vendors included Bell and Indie 88.  There were even carnival-like games where people could put their skills to the test and win prizes.

Aside from the food and beverage vendors, of which there were many, there was also a multitude of talented performers that filled the streets which beautiful sounds. Saturday’s performers included: Edgar Daniel, Yani Borrell and Henry Fiol. Sunday’s performers included: Tony Camara, Bobby Solo and DIA.  They mainly performed on the main stage at College St. & Markham St. However, if you weren’t able to catch these phenomenal acts on the main stage, there were also corner bands that performed along College and side streets. These acts included genres of Italian traditional, Cuban, Spanish, Pop, a’capella, and more.

The amount of culture diversity displayed at this event was truly remarkable to see. To be in attendance of such a great atmosphere was unforgettable.  And the colourful dance performances were unforgettable.  So many cultures were included – Serbian, Iranian, Hawaiian, Mexican, Egyptian, Ukranian and Azerbaijan.

Also, to see thousands of people come together to celebrate multiculturalism was sincerely heart-warming and exceptional.  And you could tell just how much fun everyone was having given the number of festival-goers, both young and old, that were dancing in the street.

The CHIN Picnic is a unique festival that takes place in one of Toronto’s most historic neighbourhoods, and showscases so many different sounds, sights and smells that it feels overwhelming to take it all in. If you missed it this year, then I recommend you find out the details of next year’s picnic as soon as they become available and book off the weekend – or at least a day –because it is an event that everyone must attend at least once in their life. It’s definitely a family thing offering everything for parents and even a kid’s zone. Plus, it’s free and open to the public.  What’s not to love?