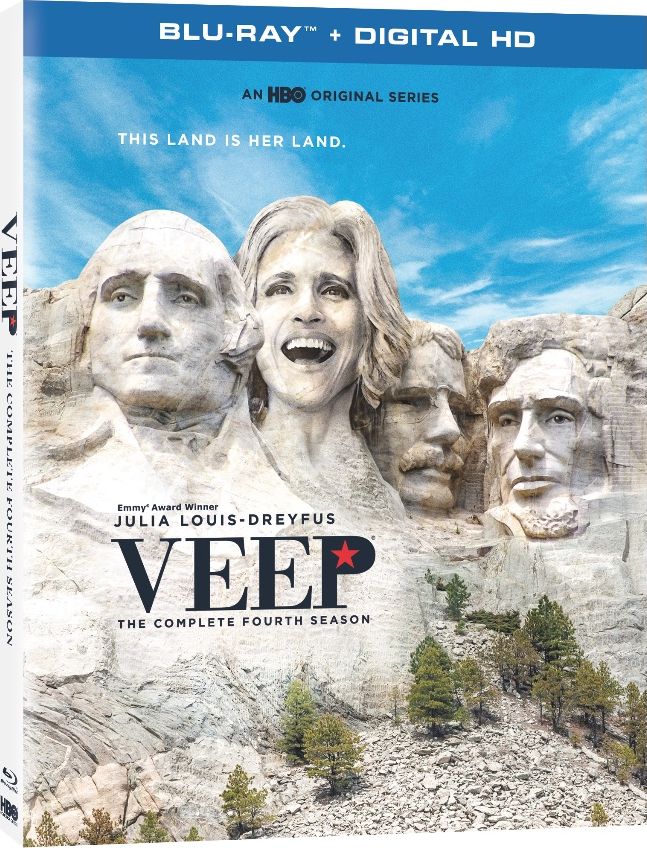 “I feel like I’m on a life support machine, and they keep pulling the plug to charge their phones.” Amy (Anna Chlumsky)

Veep is one of those shows that is bittersweet. At ten episodes per season and each only a half hour running time, one tends to feel like the ride ended way to soon when it’s over.

Right out of the gate, Veep Season 1 episode one established itself as wildly funny, boasting an ensemble cast. Four years in, and the show continues gaining momentum. I wonder if there was any talk of a show title change this season? Vice President Selina Meyer (Julia Louis-Dreyfus) is not the ‘Veep’ this season, but has stepped in as President of the United States. Hilarity ensues over the hiring of Tom James (Hugh Laurie) a wholly endearing Vice Presidential nominee (and the obvious choice for a competent leader in the White House) making for some comedic moments between Meyer and James throughout the season.

All of the episodes in this season make for great entertainment. I enjoyed episode 9 significantly, as it veered away from the usual format of the show, presented in snippets of interview footage of all of the main characters around a senate investigation. Patton Oswalt is a lovely addition to the cast this season as Teddy Sykes: The Chief of Staff to Vice President Doyle.

Veep: The Complete Fourth Season is presented on Blu-ray courtesy of HBO with an AVC encoded 1080p transfer in 1.78:1 with a lossless DTS-HD Master Audio 5.1 mix. There’s nothing on this show that really utilizes the high end of these spectrums – it’s not really that type of show. The colours pop in places, but overall this is a dialogue heavy show, shot in mostly office settings. There wasn’t really anything that wowed me because I didn’t expect it to. At a point in this season, both Dan Egan (Reid Scott) and Amy Brookheimer (Anna Chlumsky) wind up doing scenes in a stark white office setting that yields some almost washed out lighting for all of their scenes. It was a pleasant change from what I’d call the norm for the show set-pieces.

The only extra included on Veep: The Complete Fourth Season is approximately 15 minutes of deleted scenes that are well worth the time to watch once you have finished the season. Veep Season 5 premiers on Sunday April 24th.