The band takes its name from the infamous Central Park Jogger case and with song titles like “Stop & Frisk” and “Billy Club”, Wilding Incident is here to make a statement. The band is also sharing their new merch with an ode to the Dead Kennedy’s old “Nazi Punks Fuck Off!” tune with a spirited message to Donald Trump. The bands’ “Nazi Trump Fuck Off!” shirts take aim at one of the most outspoken individuals during the Central Park Jogger case and the current US presidential candidate.

In dark times like the present, Wilding Incident appear through the smoke and ash with their Prey For The Wolfpack EP which will be released on Reaper Records on cassette, vinyl and digital on April 27th. The EP is now available for pre-order on www.reaper-records.com.

Prey For The Wolfpack Track Listing: 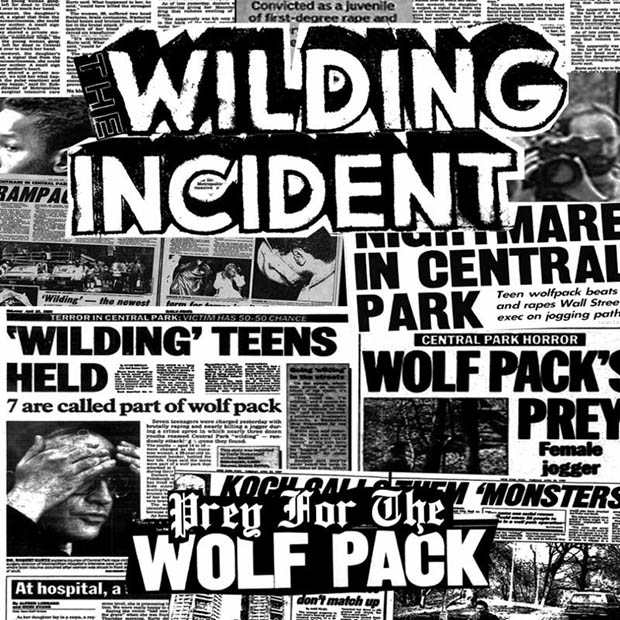