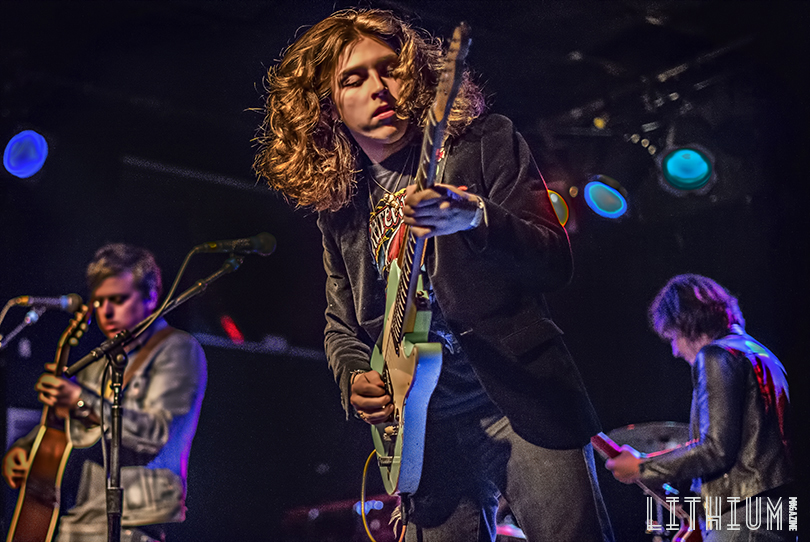 Nashville-based The Wild Feathers came back to Toronto this past Thursday to headline a packed show at Lee’s Palace.  Currently on tour in support of their recently released sophomore album, Lonely Is A Lifetime, the 5-piece brought their gritty and no-holds-barred southern rock to an excited audience and then gave an invigorating performance.

Having only stumbled across The Wild Feathers a couple of years ago, this was my first time catching them live and they were even better than expected. From the minute they took the stage it was clear that this is a band that loves what they do.  They are emotive performers and I felt exhausted just watching them continually give everything they had song after song.

Displaying their signature harmonies, they played numerous tracks off their current album, including Sleepers, Into The Sun, the title track Lonely Is A Lifetime (a personal fave) and the eight-minute long Goodbye Song. They also played The Ceiling and then lead the crowd into a rousing sing-a-along of fan favorite Left My Woman from their self-titled debut.

A fun highlight was Taylor Burns showcasing the back of his guitar during the encore as it featured tape that formed the words ‘Fuck Trump’.   This was to the delight and applause of fans . Joined by opening act The Shelters, the band closed out the evening with an upbeat cover of With A Little Help From My Friends.

I had such a great time, and can’t wait to catch this band again. The Wild Feathers’ tour goes until the end of July with dates in Europe, the UK, and Australia.