Melbourne, Australia weirdo rockers, The Drones, released their kick-ass 7th studio album, Feelin Kinda Free, on March 18, 2016. For anyone new to the group, this is not your typical band, or rock for that matter. As perfectly stated in the accompanying bio/press release, The Drones’ new recording “is a bad trip you can dance to.” We couldn’t agree more and you’ll find some great video examples below, along with an exclusive list of TOP 10 Public Figures courtesy of lead singer and guitarist Gareth Liddiard.

10. Tycho Brahe
– Tycho Brahe was an astronomer and an astrologer at the same time, right before straight up astrophysics became a serious thing. Brahe had a prosthetic copper nose after the real one got chopped off in a duel. He lived with a psychic dwarf called Jepp who spent dinner time under Brahe’s table giving him head. He had an elk which died after it had too many beers and fell down the stairs. Brahe himself died of mercury poisoning after having an affair with the Queen of Denmark. His student Johannes Kepler then raided his vast store of night sky observances and using them became the worlds first true scientific minded astrophysicist. NASA named it’s planet finding, earth orbiting space telescope after Kepler. Tycho Brahe had the fuzz pedal Jimi Hendrix used in the solo of Purple Haze named after him. It’s hard to know which is cooler.

09. John Gray
– Not to be confused with the guy who wrote “Men Are From Mars, Women Are From Venus”. Not that anyone reading this would be familiar with anything like that…. I’m talking about the guy who wrote “Black Mass” and the world view shredding “Straw Dogs”. I’m talking about the Professor of European Thought at the London School of Economics. That’s the same Europe that brought you “Saving Private Ryan”, Hitler, slavery, unconsensual interspecies sex with neanderthals, the Mona Lisa, subtitles, Ramstein, shell shock, jousting, pizza and more bloodshed than you could ever conceive of. All in the name of making things right. If the human race has you scratching a hole through your head wondering whether our existence is worth it, or worse, you think you have it all figured out…. You need to read some John Gray. Preferably later in life to magnify the rudeness of your awakening and the bang for your buck.

08. Sommerton Man
– This is a guy who was found dead on a beach in Adelaide in South Australia in 1948. No one knows who he is. His death is one of the world’s great unsolved crime mysteries. Its impossible for me to do it any justice here in this little piece. You know that maddening feeling you get when you almost sneeze but you can’t? That’s what its like to read the Sommerton Man wikipedia page. It’ll drive you nuts.

Check out the song “Boredom”

07. Saparmurat Niyazov
– Niyazov died in 2006. He was Turkmenistan’s dictator for 16 years prior. He banned beards, lip syncing and smoking anywhere except inside. His successor, a dentist, started a national beauty contest for horses.

06. Countess Elizabeth Báthory de Ecsed
– The Countess is on record as the world’s worst female mass murder. Or the best depending on how you look at it. She is said to have brutally tortured and killed about 650 peasant girls, servant girls and the daughters of the lower Hungarian gentry all for fun, in the late part of the 1500s. After a trial that heard the testimonies of about 300 witnesses Báthory and five accomplices were found guilty. Three of those accomplices had their fingers pulled off before being burned at the stake, another was beheaded and the last imprisoned for life. Báthory herself could not be executed because she was aristocracy. She was sentenced to solitary confinement in her castle. There she was permanently walled up in a room with no windows and a slit under the door big enough for food and ventilation. Legend has it the room’s walls were lined with mirrors so she could watch herself get old. She died about 5 years later.

05. Eugene Cernan
– Eugene Cernan was commander of Apollo 17 and the last man on the moon. During the Apollo 17 mission he stayed on the surface for 4 days and 3 nights with pilot Harrison Schmitt. They drove 22 miles in their moon rover. Eugene set the land speed record (about 11mph) for that particular celestial body in the shadow of a mountain range three times higher than Everest. The last thing he did on the moon (alone while Schmitt prepared the Lunar Module for takeoff… a process which included cleaning out all the moon dust which they dubiously claimed stank like farts) was drive the rover to a spot one mile from the Lunar Module so its camera could film their departure. He then kneeled down and wrote his daughter’s initials in the dust then took the loneliest, most secluded walk any living thing has ever taken back to the Module before lift off. Today he likens his emotions on seeing the moon in the night sky to the way you or I would see a house we once lived in on our drive to work. 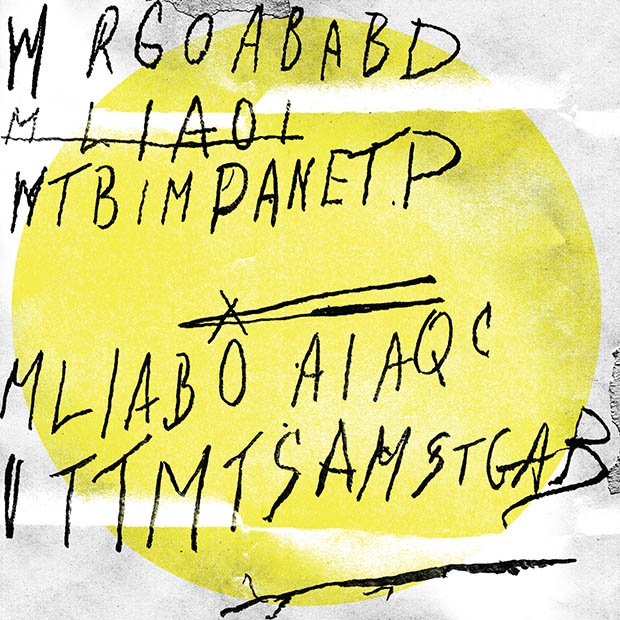 04. Dimitry Shostakovich
– The Russian composer and pianist Dimitry Shostakovich is the heaviest musician of the 20th century and probably all time. Everyone’s a lightweight compared to Shostakovich. A congenital iconoclast, he could not have been born in a worse place at a worse time in all human history. Nobody has made music that good under that much pressure not to do so. When he died of natural causes in 1975 he must have felt like the luckiest man alive. His comrade and musical collaborator, cellist Mstislav Rostropovich was asked to eulogise his friend in as few words as possible and nailed it with the reply “poor Dimitry”.

03. Albert Einstein
– Among tonnes of other mind boggling feats of cleverness Einstein realised that space and time were not two distinct entities but the same thing. He called it “spacetime”. He realised that gravity isn’t a kind of magnetic attractive force that causes “falling” but the result of things with mass bending spacetime so out of shape that things with less mass scoot along those bends towards their source. You on the other hand are certain you’ve invented a hangover cure that if clinically tested would prove to do nothing at all.

02. Billy Ocean
– I don’t know how old you are but Billy Ocean (born in Trinidad but raised in London) had his first hit in the early 1980’s with the song “Caribbean Queen”. It was rebranded “European Queen” for the Euro market and “African Queen” for Africa seeing as everyone in those parts of the world automatically equates the word “caribbean” with “shit-hole”. The BBC banned one of his next singles “When The Going Gets Tough The Tough Get Going” which then went on to become a massive world wide hit just to prove the point. A little known fact about Billy is that he has three lungs and all the mics you’ve seen him using have just been props. The hits kept coming throughout the late 1980’s but his final album “Time To Move On” proved prophetic and totally stiffed. He plans to release a new album this year and tour the world to promote it. Good on him I say. Ocean’s “Loverboy” and Mighty Sparrow’s “Russian Satellite” are my two favourite Trinidadian tunes. List yours in the comments section.

01. Charles Darwin
– The Earth is about 4.5 billion years old. About 4 billion years ago the first life appeared. Try to think of all the untold gazzillions of single celled life forms that ever lived, up through to the gazzillions and yazzillions of insects and invertebrates with their nervous systems, eyes, ears and sentience no matter how simple, through to everything that ever walked on two legs and had a sense of self, whether it was a primate or one of the countless billions and billions and billions of various Homo whatevers…. Then think of all the bazzillions and spazzillions of creatures we don’t even know existed… 4 billion years after the first cell wrenched itself in two in the hot dark mud a homo sapien named Charles Darwin was born. He was not like the other living things because he would become the first of all of them to realise where they came from and what they actually were. Top that.

Check out the song “Taman Shud”