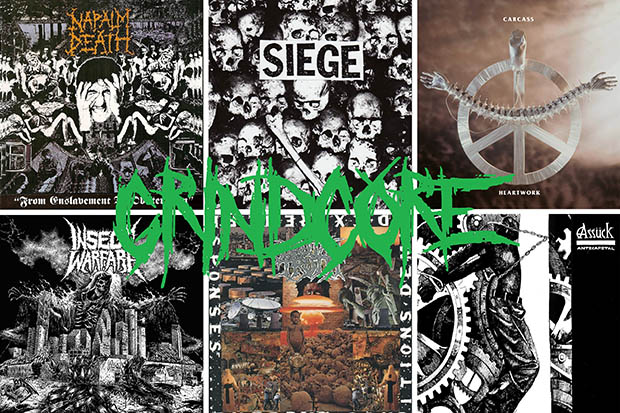 After suffering through a particularly excruciating rendition of what someone’s idea of “crust” is, Lance is embarking on a soul-searching journey of self-righteous education, one embattled subgenre at a time. Watch as he attempts to describe an entire subgenre of heavy music using less than 300 words (or, the equivalent of three breaths). There’s a bonus playlist of essential artists and releases after for your perusal. Tell Lance how wrong he is in the comments below or on Twitter @LanceMarwood.

The Skinny: It was Siege that put out the first grind record in 1984, though people like to toss some credit to Repulsion, though at the time they weren’t Repulsion, they were known as something else, but what’s important to remember is that Drop Dead by Siege laid the foundation for something that Napalm Death would then take all the credit for a few short years later. This is okay, because they’ve been synonymous with the genre since drummer Mitch Harris joined on in 1985, and they’ve also been the most cocksure and consistent since their release of Enslavement to Obliteration, probably regarded as the best thing they’ve ever put out and the first “official” grindcore full-length album, in 1987.

From there, it only got crazier and weirder, as the explosion of grindcore created a plethora of extreme bands who were more than happy to evade the genre typification, yet still managed to add to it. There’s a buttload of bands in the late ’80s to early ’90s to mention, but some stand outs are Carcass, Assück, and Extreme Noise Terror, the last of which aggressively sought to evade the grind moniker and often mocked Napalm Death for their willingness to dive in.

So then the 90’s unfolded, and more and more metal and hardcore punk bands adopted the grind sound, and then you’ve got bands like Dropdead (guess where their name comes from), Cattle Decapitation, and Insect Warfare, each at different spots on that spectrum. There were some next level imitators the world over, but the originals just kept chugging along, and today you’ve still got Napalm Death and Carcass carrying the torch for a genre that ended up being imitated by a billion losers and being further sub-genre-fied by a billion more.

Check out the Napalm Death song “Suffer The Children”