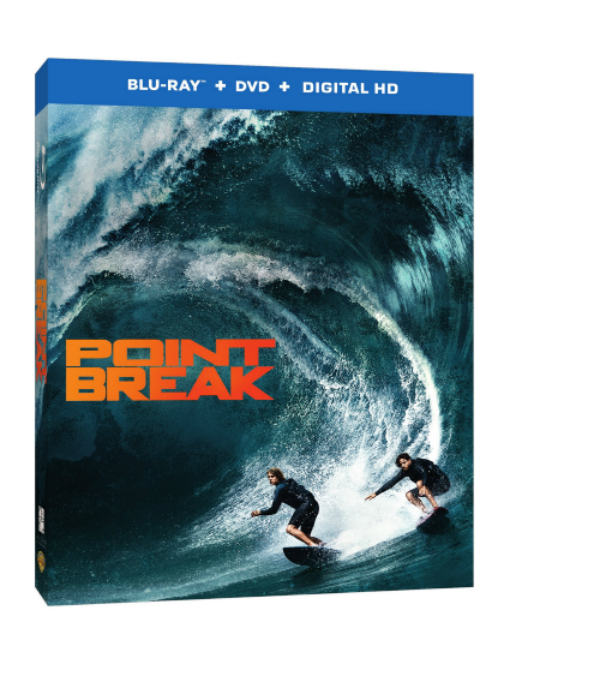 Based on the huge success of the 1991 film of the same name comes the remake of Point Break, for fans of the original as well as fans of extreme sports.  If you weren’t aware of this movie’s release into theatres over the Christmas holidays, then don’t be alarmed because the DVD-Blu-ray combo pack is now available via Warner Bros Home Entertainment.

Unlike the 1991 version, which touted the star power of Patrick Swayze and Keanu Reeves, the remake carries as yet unknown but up-and-coming cast,  including  Luke Bracey (G.I. Joe: Retaliation)as Johnny ‘Utah’, and Edgar Ramírez (“The Bourne Ultimatum,” “Carlos the Jackal”) as Bodhi – originally Reeves and Swayze respectively.

Utah, as a young FBI agent, infiltrates a cunning team of thrill-seeking elite athletes led by Bodhi. The athletes are suspected of carrying out a spate of crimes in extremely unusual ways. Deep undercover, and with his life in imminent danger, Utah strives to prove they are the architects of this string of inconceivable crimes.

With more background on the extreme stunts created for the film, the Blu-Ray disc features interviews with the director Ericson Core and the professional athletes who did the extreme stunts of rock climbing, wingsuit flying, snowboarding and motocross, on top of deleted scenes and trailers for upcoming films. For those interested in purchasing this film, it’s best to buy the combo pack because it contains more special features on the Blu-Ray disc as opposed to the DVD disc, which only has the deleted scenes in its special features.