Released on January 14, 2016, Le Temps Sombre is a four-song EP from the very new Montréal, Canada-based metal band, Karnon. While the group might have first convened on May 24, 2014, the songs on their debut EP belie Karnon’s age and would have you think they’re seasoned veterans who’ve been performing together for ages. In this free download of their song “Le Brame Du Cerf” you can begin to familiarise yourself with the band’s brutal mix of black metal, death metal, doom, hardcore and progressive.

Not ones to shy away from sticking to their roots Karnon’s songs (as are both the album and song titles – see below) are all sung entirely in French. With lyrics specifically tackling pre-Christian European mythology, Le Temps Sombre – “The Dark Times” in English – is a heavy, dark and powerful musical offering that blends the “ancestral power of pagan violence” with “the furious energy of modern metal.” 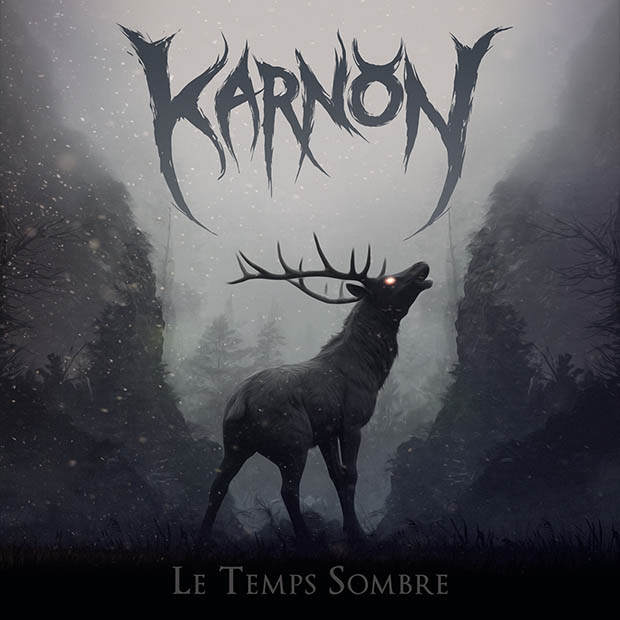