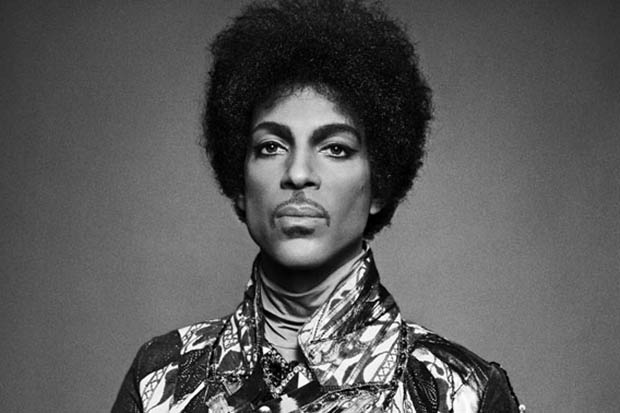 It’s Raining Purple; A Look Back on the Enigmatic Legend Known as PRINCE [Exclusive]

He was no god, nor savior, not even a hero. He did not walk on water, have superhero powers, or work any miraculous acts. But, Prince was iconic, a musical genius, a legend in his own time and, to be honest, his music was spiritual, capable of at times touching the core of one’s soul.

On April 21st, 2016 the universe lost a great artist when the fifty-seven year old, award winning composer, Prince Rogers Nelson, was found dead at his recording studio/home in Chanhassen, Minnesota. The cause of death is yet to be determined, either way, a legend is gone from this world way too soon.

Prince was a multi-talented, colorful being. It has been reported he could play twenty-seven instruments and, if that wasn’t enough, he was also a singer/songwriter, actor, film director, record producer, and a pop culture innovator – at one point in his illustrious career he did not even have a name, just went by a sign. He could take the ordinary and turn it into extraordinary. His flamboyant style was that next to none. He was a master of funk, soul, rock, pop and R&B, his great influence on music lives on through countless musicians worldwide.

Prince embarked on his musical journey in the mid-’70s and signed his first record deal with Warner Bros. at the age of seventeen. His first album, For You, debuted in 1978 and he released two singles from the recording, with the song “Soft and Wet” breaking into the Billboard Hot 100. Prince would release three more successful albums, but it was the release of 1999 in 1982 that catapulted his career to a next level. That record produced some unforgettable tunes including “Little Red Corvette”, “1999” and “Delirious”.

Already enjoying tremendous success, just two years later, Prince, with his band The Revolution, would reach legendary status with the release of the iconic soundtrack Purple Rain. The album produced four top ten singles: “Let’s Go Crazy” and “When Doves Cry” hit the number one spot, the title track “Purple Rain” hit number two, and “I Would Die 4 U” topped at number eight. The album has sold over twenty-two million copies and spent twenty-four consecutive weeks at number one on the Billboard albums chart, thus making Purple Rain the top soundtrack of all-time. Prince also scored two Grammy Awards for the project, “Best Rock Vocal Performance by a Duo or Group”, as well as the “Album of Original Score Written for a Motion Picture or TV Special”. The album was also nominated for “Album of the Year”. The movie, ‘Purple Rain’ also won an Oscar for the “Best Original Song Score”. This was definitely Prince’s masterpiece. I have to admit, the Purple Rain album was the first piece of music I ever bought with my own money.

From 1978 to 2015 Prince released thirty-nine studio albums, four live albums, and six compilation albums, selling over one hundred and fifty millions records worldwide. Countless hits spawned from those records with so many unforgettable songs like “Sign o’ the Times”, “Raspberry Beret”, “Kiss” and “Diamonds and Pearls” being just a few examples of the plethora of great tunes.

Prince was his own man. He bucked the music business and made it through unscathed. Like Frank Sinatra, he did it his way, and it paid off. He acted in four films, wrote songs for some of the biggest names in music, and in doing all that he became a living legend.

Prince was flashy, he was glitz, he was glamour but all in his own humble way. He will be sorely missed. Upon the breaking news of his untimely death numerous artists from all genres (metal, rock, rap, country, pop) paid their respects with renditions of a handful of his unforgettable songs. Thousands have taken to social media to speak about the musician; some close friends, some just fans who have shared many great thoughts and opinions. Even President Obama had some warm words for the fallen entertainer.

But, I close with what I believe is the greatest definition of who Prince was. It did not come from a musician, nor anybody close to the artist. Just a fan. A simple lady who raised her children to love and appreciate music. And I thank her for that. I believe my Mom said it best when she described Prince as “Small man in stature, mighty was his voice. His pen was like a sword when he wrote, his guitar was a sound never to be forgotten.”

His legacy will live on, as will his remarkable music. As I said in the opening of this article, Prince was no god, nor savior, not even a hero. But he was an inspiration for many. His music touched numerous lives and, for that, I thank him and bid farewell to one of the greatest musicians of our time.

Check out Chris Cornell covering the song “Nothing Compares 2 U”