Snakes in Blossom is the new album from Hungarian progressive-grunge metallers, Angertea. The 10-track offering is the group’s fifth full-length and was released on March 15th, 2016 via the Finnish label Inverse Records. Eager to learn more about the album and new music video for the song “Aquarium”, we connected with vocalist and guitarist Gergely Mihaly via email. Here’s what he had to say….

For those not familiar with your band can you tell us a little bit about yourselves?
Mihaly: We’re from Hungary, Europe, and we’ve been around for twenty years now. We started off as a school band when we were teenagers, but it became more serious a few years later. Now we’ve got 5 full-length albums and an EP, and we’ve collaborated with such musicians and producers as Franz Stahl from Scream, Foo Fighters, Bill Gould from Faith No More, Scott Reeder from Kyuss, and Grammy-Winning producer Neil Kernon. Now we’re signed to Inverse Records and our new, fifth album has just been released worldwide. We like to call our music experimental-grunge-metal.

Your new disc Snakes in Blossom has just been released. Now that it is complete how do you feel about it, and what has been the response so far?
Mihaly: We’re quite satisfied with it. It has been a long working process. We started writing the songs three years ago and the studio work lasted 6 months. It was a good feeling to hold the completed CDs in our hands for the first time. 🙂 I think, everything can be found on this record that we have ever been about, and it also shows where we’re going musically. It’s a quite diverse album. There are really quick and aggressive songs on it, but some really nice ballads, and slow chill-out songs as well.

Check out the song “Aquarium”.

What is the story behind the name of the new record?
Mihaly: It’s connected to the lyrical concept of the whole record. I write my lyrics about the dark side of my own self, and the world in general. There are “snakes” everywhere, they are hiding even in the best years of your lives, and they can bite you anytime. So you should be careful… That’s the basic message of the record. I’ve been in the worst period of my life recently, that was caused by a person… A motherfuckin’ reptile! 🙂

What are some of the newer metal bands that you are listening to or enjoy?
Mihaly: Nowadays I listen to loads of bands that we tour or hang out with like Grand Mexican Warlock, Room Of The Mad Robots, Real Lies(RIP), Apey And The Pea, Shapat Terror, Hot Beaver, Dereng, Omega Diatribe, Billog, Nova Prospect, Bekes Projekt, AEbsence, Wackor, Baby Bone… It’s really worth listening to them! Talented and unique bands.

Do you have any rituals before you hit the stage? If so, what are they?
Mihaly: Yeah, most of the time we drink a bit of a pálinka, and beer before a gig. Not much, because we’re not able to play these complex songs if we’re drunk. But as we’re always a bit excited before a show, we need something to make us relaxed. 🙂 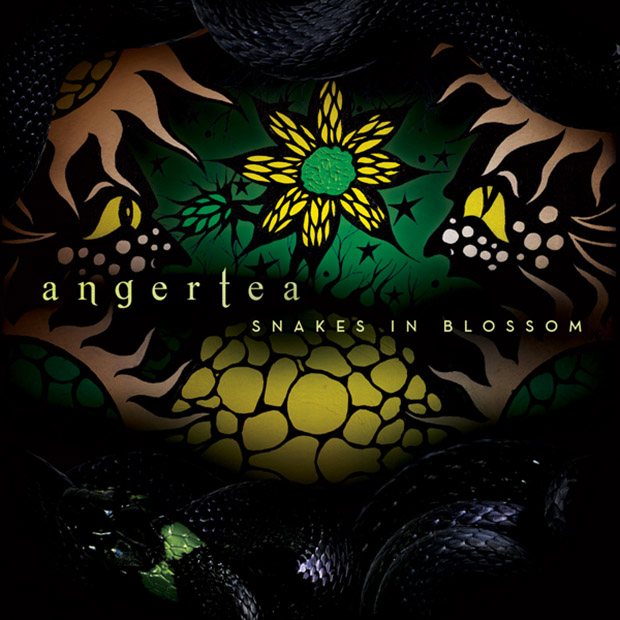 What could you tell us about the video you recently premiered?
Mihaly: It’s the first song on the new album that we made a video for (but not the last). The song is called “Aquarium,” and it features Flóra Sarusi-Kis who sings along with me, and Peter Csontos, who plays the cello. This is a balladistic song, not really typical of us, but we like challenges. 🙂 The song was written after my breakup with my girlfriend. I think the lyrics are quite straightforward. The song is about finishing a relationship. The atmosphere is quite sad, but it has some positive feeling as well, I guess. The video was shot in Mártély, and Mindszent, Hungary next to the river Tisza, on two cloudy and cold February days, one being Valentine’s day! 🙂 The video was shot by Hungarian director Robert Stibál. We like this video, I think it reflects the song’s feeling well.

If you were stranded on a deserted island and could only take 3 CDs with you for eternity, assuming there was a solar powered CD player, what would they be?
Mihaly: Pantera’s Vulgar Display of Power, Tool’s Aenima and our latest record to show it to the cannibals. If I proved them that I can play such a great music, they might not eat me… Hahaha (just joking)

What has been the most memorable moment of your career so far?
Mihaly: Throughout the 20 years there has been many. Working with a Grammy-winning producer and having our childhood heroes as guest musicians on our recordings were truly great events of our career. But also playing some big shows at festivals in front of loads of people….

Check out the album Snakes in Blossom.