Swedish death metal outfit Gutter Instinct are excited to release their caustic, flesh-ripping debut full-length album Age Of The Fanatics to unsuspecting audiences worldwide on May 27 via Prosthetic Records. The album develops a further blackened edge to their already haunting death metal — as heard on their debut EP The Insurrection — by forging their way through the influential mire of death metal innovators including Teitanblood, Bölzer, Grave Miasma, Black Witchery and Portal whilst still reeking of their classic buzzsaw Swedish sound.

Gutter Instinct have premiered the first new material, the album’s title track “Age Of The Fanatics”, which can be heard below along with the cover artwork.

Age Of The Fanatics is a study in cynical nihilism that lashes out against organized religion, corporate greed and political corruption leading to a hopeless state of depression and alienation, while closing the circle with a desire for isolation and total death worship, welcoming the apocalypse. In perfect correlation with Gutter Instinct’s depraved musical theme, renowned artist Dávid Glomba, aka Teitan Arts (Cult of Fire, Svartidauði, Inferno) aligned his harrowing aesthetic creating the artistic concept for the entire layout utilizing several large-scale illustrations.”

Age Of The Fanatics Track Listing: 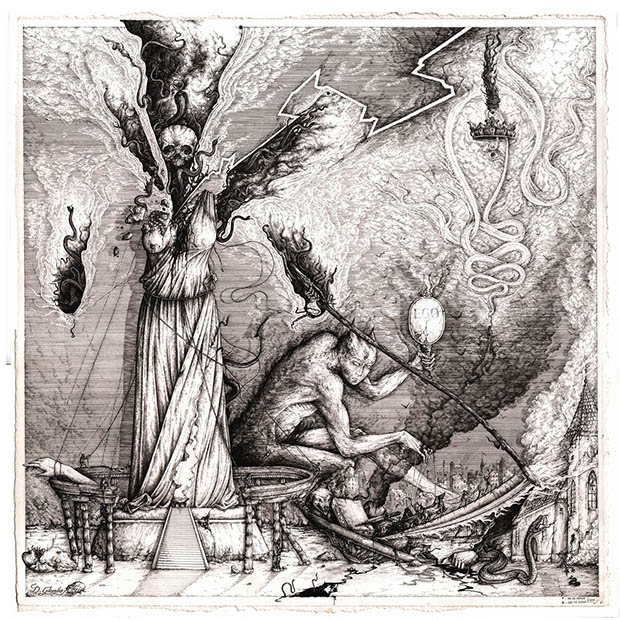